Georgetown, Guyana – (November 16, 2017) Minister of Social Cohesion with the responsibility for Culture, Youth, and Sport, Dr. George Norton, today, called on men and boys to be the best versions of themselves and to let their voices be heard on issues such as domestic violence, health and other social issues. The Minister made these remarks during a ceremony held at the Umana Yana to mark International Men’s Day which was observed under the theme ‘Celebrate Men and Boys’. 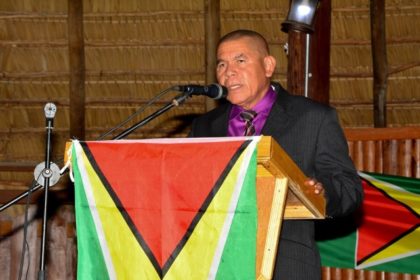 Minister of Social Cohesion with the responsibility for Culture, Youth and Sport, Dr. George Norton delivering his remarks to the men and boys that were gathered at the Umana Yana to celebrate International Men’s Day.

The Minister, in his feature remarks, told the gathering that International Men’s Day was set aside to celebrate the achievements of men and boys and to also place emphasis on their health, promote gender equality and improve gender relations. He also urged men to object to hateful stereotyping and to embrace positive attributes.

“There is no doubt about the fact that harmful stereotyping of men is an issue we face but we must work to eliminate this issue. Men and boys, I appeal to you, do not be discouraged because of these stereotyping, you must abandon those stereotypes and embrace positive attributes,” Minister Norton said.

Minister Norton spoke about the role of men and boys, whom he said, should not be undervalued. “Some of the most important roles that men play in society are those in the family and in their communities. The foundation of every great country is made up of strong families and the communities. The role of men and boys therefore, should never be underestimated. Men and boys should see themselves as responsible, caring, and non-violent individuals who contribute meaningfully to society.” The Minister said.

He further noted that they should be good role models, strive to build healthy relationships and to always be respectful of each other and their female counterparts. The Minister added that respect is the key in achieving gender equality and eradicating all forms of gender discrimination, a vision which the Ministry is striving to achieve. 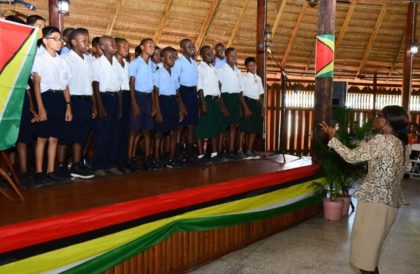 Meanwhile, Bishop Michael Perreira, of the Ministry of Social Cohesion’s (MOSC) Christian Core Group called for more mentorship programmes for men and boys. He said that mentoring is an important tool which can be used to maximise the potential of young men. “Our youth are struggling to find their way out or through the many challenges in our society, strong adult mentoring and strong adult models are therefore imperative…mentoring is needed to encourage and facilitate education and self-confidence in our young people and this is a lifetime investment,” he said.

Pandit Chateram Pooran, of the MOSC’s Hindu Core Group spoke on the importance of ‘the man’. He spoke of the tremendous contributions that men have made to the world and urged those present to continue to contribute to the development of Guyana and the world at large.

The event also saw cultural items being performed by the Region Four Male Joint Choir, and a spoken word poem by a student of the Al Ghalzali Islamic School among other performances. 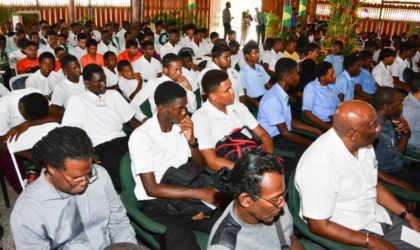 The gathering of the men and boys, who attended the event at the Umana Yana in Georgetown. 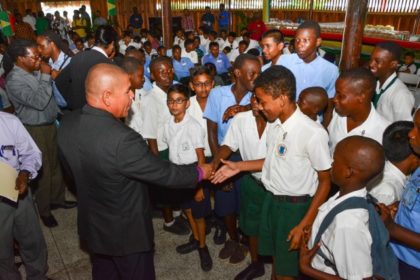 Minister of Social Cohesion with the responsibility for Culture, Youth and Sport, Dr. George Norton interacting with some boys who participated in the Ministry’s International Men’s Day observance.