The graduation of 182 youths and young people from the third National Youth Empowerment Training Project (NTPYE) under the Board of Industrial Training (BIT) was welcomed by Corriverton Mayor, Ganesh Gangadin. The Mayor was among parents and well-wishers who were on hand to witness the graduation at the Upper Corentyne Industrial Training Centre on July 13.

Describing himself as a patriot and businessman, Mayor Gangadin said that there has been a shortage of skilled labour for a long time, particularly in the agriculture sector which dominates economic activities in Region Six.

He noted, “For too long, our business have been complaining, especially the ones in the agricultural sector, about the unavailability of persons to fix these sophisticated machinery that are entering the agricultural sector.” The advent of more technologically advanced equipment, he added, has resulted in increased complaints from potential owners about how they will be fixed. 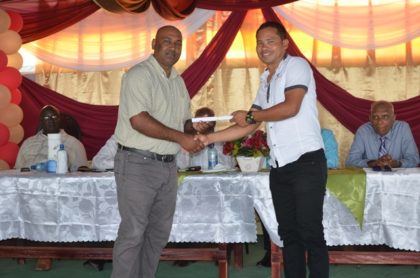 Mayor Gangadin noted that in many cases, business owners and agricultural producers have to rely on skilled persons from outside the community to service their equipment.

He voiced his pleasure that persons with the requisite skills now will be resident in the Region. Noting that trainees still have to develop themselves “a little bit more”, their availability would mean less down-time, for equipment which needed servicing. This in turn would increase productivity and, the Mayor stated, “Every leader wants to see that because it means that we will drive industry faster and it will be more economically beneficial for everybody”. 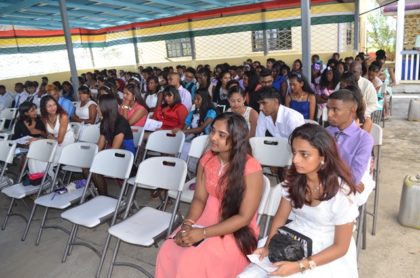 The Mayor however, pointed out that more participation is needed even as training programmes are welcomed by all.

The six -month courses began in October 2015 and concluded in April 2016 with focus on engineering, building construction, health services, home economics and forestry.

The programme, a collaboration between BIT and the UCITC was aimed at vulnerable groups such as school dropouts, hinterland youths, those from depressed communities and the differently abled.