─ part of ongoing rehabilitative works to markets around the city

Rehabilitative works are expected to commence at Bourda Market as a contract of approximately $32M was awarded to Builders Hardware General Supplies and Construction.

This was disclosed by Director-General (DG) of the Ministry of the Presidency, Joseph Harmon during a press briefing on Thursday. 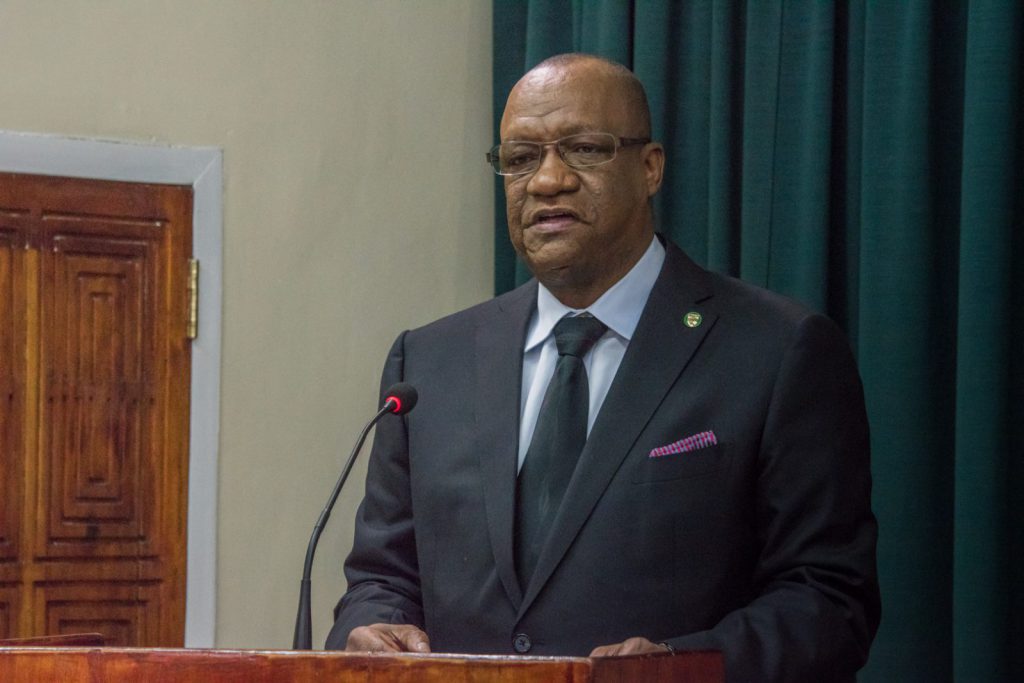 Director-General of the Ministry of the Presidency, Joseph Harmon.

He explained, “the sum has to do with internal works of the market.” This, Harmon said, will deal with the repairs of the market’s structure.

The Director-General noted that the allocation is part of the ongoing rehabilitative works to other markets around the capital city. He reminded that recently, a plan was announced for the rehabilitation of the Stabroek Market’s waterfront.

DG Harmon also disclosed that renovation works would also be done at the Kitty market.

In January of this year, stallholders and vendors plying their trade at the Bourda Market discussed issues affecting them during a visit by a high-level ministerial team. The vendors were given the assurance the matters of sanitation and leaks in the roof, among others will be addressed.