The Brazilian envoy said his country, most famous for football, is also committed to helping Guyana in its fight against Yellow Fever (YF) by donating vaccine.

Leishmaniasis is spread by the bite of infected sand flies resulting in skin sores or affects a victim’s spleen, liver or bone marrow. Some people with the disease show no symptoms while others develop skin sores which start out as bumps or lumps and end up as ulcers which may be covered by scab or crust. The sores may also be painless or painful.

The Centre for Disease Control and Prevention (CDC) on its website explained that victims can also experience “fever, weight loss, enlargement (swelling) of the spleen and liver, and abnormal blood tests.”

“Leishmaniasis is found in parts of more than 90 countries around the world,” the CDC said.

Espinal and D’Agostino in the presence of PAHO/WHO Representative here, Dr. William Adu-Krow, said Guyana can expect technical and other support for its communicable diseases and vector control programmes; backing for its neglected diseases efforts and firm backing for its Health Information Systems. 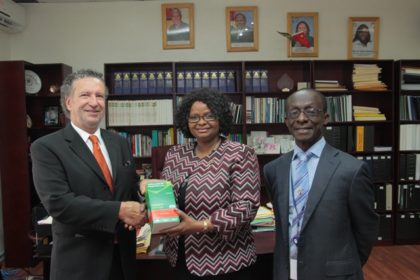 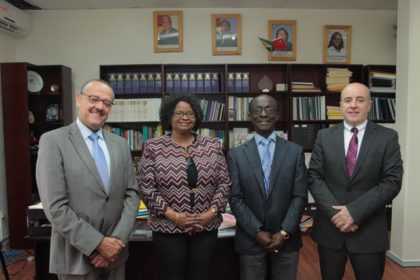