Budget designed to provide a good life for all – Minister Scott

Minister within the Ministry of Social Protection, Keith Scott said the $250 Billion, 2017 National budget is certainly one which is designed to provide a good life for the poor, elderly and all Guyanese at large.

The Minister made this statement during his presentation on day one of the budget debates, today. 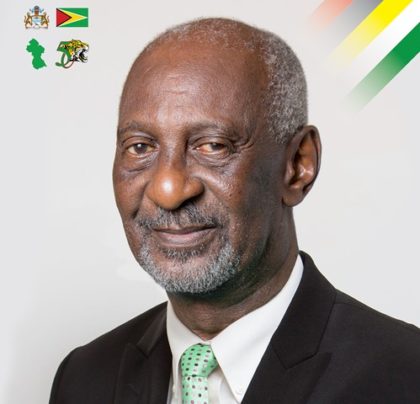 The Minister highlighted that the 2017 budget makes provisions for all categories of employees and caters for the needs of regular employees and even senior citizens.  Speaking to the latter category, he said, “they would have made their contributions to the nation and we feel that we are indebted to them to provide them with a good life even at that stage of their lives.”

Addressing the issue of labour practices, the Minister pointed out that last year a total of 1833 complaints of unfair labour practices were lodged with the Department of Labour, but as at November, 30 2016 the number of complaints stood at 1331.

“If we extrapolate with these numbers the results are likely to yield a reduction of 20.78%. That is due to the improved confidence which the wider society, inclusive of employers and employees, have bestowed on the department,” Minister Scott said.

Referring to paragraph 4.151 of the 2017 budget where the Minister of Finance noted that the Board of Industrial Training has expanded vocational training to differently abled persons, Minister Scott highlighted some of the Board’s successes.

“From a target of 1500, 1402 persons will be trained and certified by the end of this year. That gives an achievement of 93 %, which is certainly commendable.”

The Minister with responsibility for Labour underlined that the poor only received meagre handouts as economic relief and senior citizens, $13,125 as an Old Age Pension, which did not go a far way. He added that senior citizens were made to pay for transportation, and other utilities; however the government since assuming office immediately set about correcting those inequalities, Minister Scott explained to the National Assembly.

“We cannot afford to minimise our focus on the budget’s theme ; “Building a Diversified, Green Economy: Delivering the Good Life to All Guyanese. To fulfill this agenda, a number of measures are outlined in the budget. Prominent among these measures is the long awaited and highly anticipated Tax Reform which is necessary to underpin the growth and expansion of the entire economy,” the Minister said.

Alluding to tax avoidance and tax evasion, Minister Scott pointed out that the extent to which they have impacted economic growth can be somewhat elusive, but the harm which they continue to inflict on the efficiency of government can no longer be tolerated.

“The deliberately concocted schemes and programmes initiated by some sectors of our economy have not been helpful in employment creation, particularly among the youths. We are not comfortable with the level of employment creation realised, hence the need for a tax reform system which will strengthen the tax base,” Minister Scott emphasised.

Further, the government has since restored collective bargaining in the public sector. “Although the 2016 negotiation process is not yet concluded, we can report with much confidence that significant wage increases have been awarded to public sector employees during these past 18 months,” the Minister noted.

Currently, the minimum wage in the public service stands at $55,000 per month which is significantly higher than $42,703 where this government took office  in 2015, he stated.

While the increase to the private sector employees is not part of the national budget presentation, through the efforts of government to involve the trade unions and the private sector, the latter’s  minimum wage has increased from $35,000 to $44,200 per month effective from January 1, 2017, Minister Scott emphasised.

A total of $533 million has been proposed for the management of the functions which fall under Minister Scott’s purview.

Meanwhile, Opposition MP Gillian Burton-Persaud rebutting Minister Scott’s presentation said that the country’s workers are not getting any thanks for their contributions to the nation’s development and their trade unions were being disrespected by the imposition of pay raises by Government despite ongoing negotiations. She added that the labour sector has been stripped of its functions and responsibilities by the move to include it under the Social Protection Ministry.

Burton-Persaud also criticised the term used by a previous Government speaker who described it as a Christmas Budget with gifts for all sectors of society. “Instead of sweets and goodies, the Grinch of Christmas will leave bricks and stones” for the people, she said.

The Opposition MP urged the Government not to look back at what the previous Administration did, but to look forward, and use the “opportunity to do it and do it well”.  A former union leader, Burton-Persaud also called on Government to “get out there and talk to the people to find out what is really going on.”