−CAL’s assured health of staff and other passengers safeguarded

Just under twenty-four hours after Guyana recorded its first novel coronavirus case, Caribbean Airlines Limited (CAL) has quarantined and is monitoring the staff who worked the flights (JFK to Piarco then Piarco to CJIA) on which the now-deceased Guyanese passenger travelled.

In a press release issued today, CAL assured that the safety, security and good health of its customers and employees are of high priority to them. 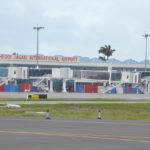 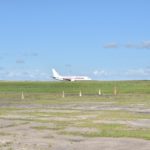 “When information on the passenger was received, immediate action was taken. Following established protocols, public health authorities have advised that as a precautionary measure, the 13 crew members associated with the flights be put on self-quarantine for 14 days,” the release stated.

At the end of the 14 days, the employees will undergo further assessment and monitoring. Public Health authorities between Guyana and Trinidad and Tobago are also using the traveller’s information provided to contact and track other passengers who may have been affected.

Caribbean Airlines reassured that its aircraft are cleaned daily at all ports in keeping with industry standards. In this instance, additional sanitization processes were practised as outlined by the regulatory authorities.

Meanwhile, the Cheddi Jagan International Airport in addition to the routine screening of passengers by port health officials, airport staff are equipped with gloves and masks while processing passengers

Agencies also working at the airport also have provided gloves and masks for their staff.

Hand sanitizer units have been deployed throughout the terminal building for use both by staff and passengers. Consistent cleaning of rails, countertops and desks are being done with approved disinfectants.

Also, regular spraying of the terminal with Lysol and other approved disinfectants is done.

The airport has also adopted the watch list of 15 countries from where passengers will be flagged before entering the country. These countries include China, Singapore, Malaysia, Thailand, Italy, Iran, France, Germany, Spain, United States of America and Jamaica.