CARIFESTA  XIV wraps up in a kaleidoscope of colours

CARIFESTA XIV held in Trinidad and Tobago, closed in a kaleidoscope of colours befitting this diverse festival. The honour of hosting the next event has been bestowed on Antigua and Barbuda.

In brief remarks, during the closing ceremony the held at Queen’s Park Savannah, Assistant Secretary-General, of the Caribbean Community (CARICOM), Dr. Douglas Slater said that this year’s festival has added a meaningful chapter to CARIFESTA’s history whilst raising the bar. 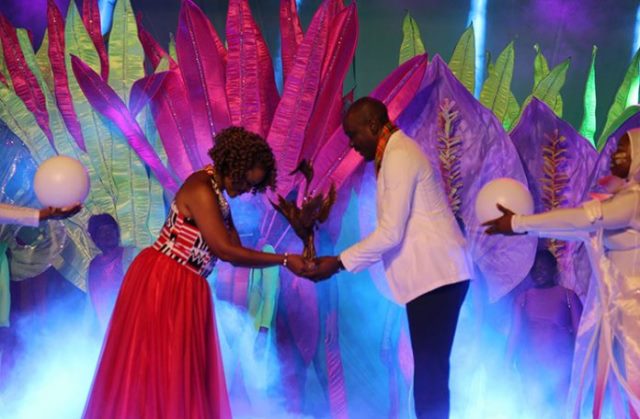 “CARIFESTA XIV has been a very vibrant and exciting experience of sharing and showcasing our rich Caribbean culture and that of many visiting artists and experts outside of our region… we know that a mega-concert such as CARIFESTA is no simple task and no matter how many times it has been hosted before every edition brings new experiences and challenges but also opportunities to learn and improve the festival,” he explained.

According to Slater, Trinidad as this year’s host country has created a welcoming embrace and an environment where both the cultural and creative attributes provided by all participating delegations became the main focus. This, he added, is the true meaning of CARIFESTA.

Trinidad and Tobago’s Minister of Community Development, Culture and the Arts, Dr. Nyan Gadsy-Dolly said the country has once more proudly demonstrated its cultural artistry while upholding the festival’s objectives.

“For the past ten days, this festival impacted the way we valued Caribbean identity and shifted our paradigms… we set out on a mission to take our Caribbean film, dance, music, theatre, visual arts, symposium, literary arts, food and fashion and meticulously devise an impactful plan  to the people and diaspora,” she added.

As the baton now passes to Antigua and Barbuda, that island’s Minister of Sports, Culture, National Festivals and the Arts, Daryll Matthew said the country is quite eager to assume the mantle of hosting CARIFESTA XV.

“In two short years (2021), Antigua and Barbuda will have the opportunity to continue this rich tradition of the Caribbean, it will coincide with the nation’s 40 post-Independence era… Antigua and Barbuda is the Caribbean; no other country in our region can boast that their society has the cosmopolitan mix of the Caribbean people as Antigua and Barbuda, so, in fact, we will be welcoming you all back home,” Minister Matthew noted. This festival, he said, will allow the country to “harness the awareness of the people and the attention of the collective diaspora to play a greater role to unite people. It will also capitalise on the country’s uniqueness as an economic and cultural juggernaut.”

This year’s event in the twin-island republic was hosted under the theme, “Connect, Share, Invest”.