-to examine provision of shelters

The NEOC will immediately examine the possibility of shelters in regions that have been affected by the weather. 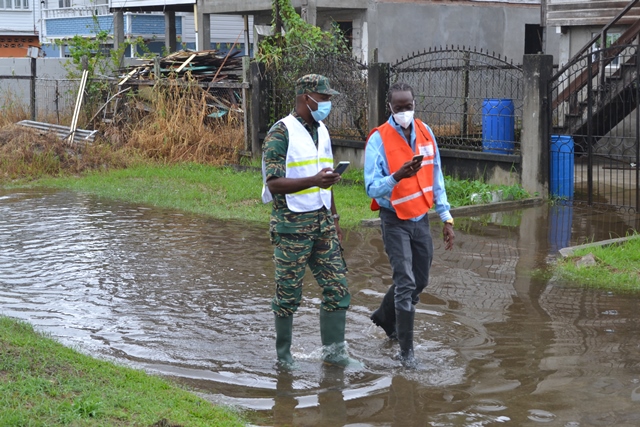 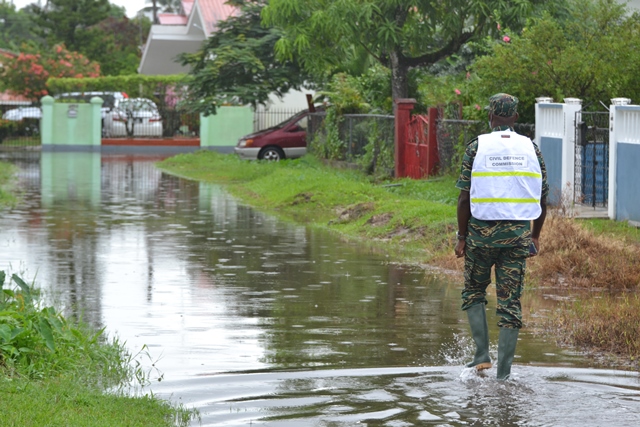 The decision was made following an initial two-hour inspection of flooded communities throughout the city.

Following the assessment Wednesday morning, CDC Director-General, Lieutenant Colonel Kester Craig said, “almost every community has some level of water accumulation. In some instances, there are seven to eight inches of water on the road and some homes are under two to three inches of water.”

Communities in Linden, the East Bank and Coast are also inundated.

The Director-General explained that the Ministry of Public Works has convened a task force to assess the structural aspect of the flooding to lessen the accumulation.

Meanwhile, the CDC is collaborating with the Mayor and City Council (M&CC) to identify hard-hit communities, and provide sanitation items to affected residents.

The Director-General is urging residents to start disinfecting their homes and to keep children away from flood waters.

“I also want to encourage residents to discourage children from playing in the water to prevent health issues and to stock up on sand bags to protect your property,” he said.

Persons in need of support can contact the CDC’s 24-hour National Emergency Monitoring System on telephone numbers: 226-1114 or 226-1617.

Reports of flooding can also be made.