Guyana’s citizenry must support the cause of the nation as it continues to seek resolution to Venezuela’s claim to Guyana’s territory. More importantly, the local media must ensure that each citizen understands the importance of the issue.

These were the sentiments expressed by Belizean Foreign Minister, Wilfred Elrington whose country’s border, like Guyana’s, is being claimed by its neighbour. The border dispute between Belize and Guatemala is also unresolved. 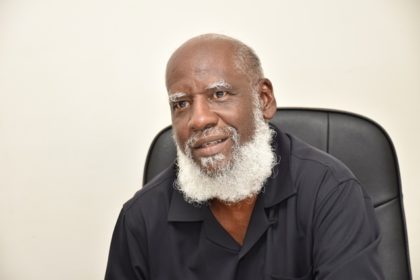 As small countries, the support of citizens is critical since border disputes become an “existential issue” for Guyana and Belize, both of which pursue peaceful means in defence of their sovereignty.

“Every Guyanese boy and girl, every Guyanese man and woman, every Belizean boy and girl should know the dispute intimately and should understand their responsibility to champion the cause of the nation; that is the only way we will survive,” Elrington urged.

Diplomatic support for small states in border disputes is very important.  “It is perhaps even more important for us that we get all the support from our local citizenry, particularly the media,” Elrington noted.

Equally important is the role of the media in informing the local citizens on the issue.

“The media has a tremendous responsibility both here in Guyana and in Belize to make this information, the whole dispute a common place, most well-known issue in the country,” the Belizean Foreign Affairs Minister added.

The discussion of the border disputes was on the agenda at the recently concluded CARICOM Heads of Government Conference held last week in Guyana.

In a statement issued following the conclusion of the meeting on July 6, the Caribbean Community “signalled their full confidence in the Secretary General to exercise urgently his authority under the 1966 Geneva Agreement for a choice of options that would bring the controversy to a definitive and judicial conclusion that would be beneficial not only to Guyana, but the Caribbean Community as a whole.”

Guyana is seeking a juridical settlement of its border dispute with Venezuela through the office of the Secretary General of the United Nations. Last year, Venezuela issued decree 1.787 which was replaced by decree 1.859 which extended its maritime zone into the  exclusive economic zones of Suriname, Trinidad and Tobago and other countries in the Eastern Caribbean.