The Ministry of Social Protection is calling on all citizens to act responsibly regarding inappropriate video content involving school aged children that has been circulating on social media platforms.

In a comment to the Government Information Agency (GINA), Minister of Social Protection, Amna Ally, said video images of children in inappropriate acts have been brought to the attention of her ministry. She said the first response is to stop the circulation of the video. Ally warns that circulating the videos constitutes a criminal offence. 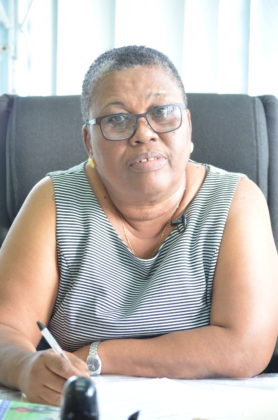 Additionally, the Minister said, if identified, the children involved will be given all the support and counseling needed. She urged parents, teachers and relevant personnel to get involved to help stop the circulation of the explicit videos and support the children.

The Director of Child Care Protection Agency (CPA), Ann Greene, reinforced that sharing the videos is a crime and persons found guilty can be penalized. The CPA director urged that if the videos fall into the hand of one, it should not be passed on but deleted immediately.

“You’re exposing the children, you’re putting them at a risk and you’re making them more vulnerable so it should stop. Yes you sent it to the authorities we got it we’re going to do something about it but please stop we need to help our children,” Greene appealed.

Greene added that her department is taking immediate action. She noted that the CPA has engaged some parents and students and is arranging for them to be counseled “to let us understand what has happened, if these children were drugged and so on. We’re concerned and there is a lot of work to be done with our young people.”

THE CPA Director noted that her department will also collaborate with the school’s welfare department to work along with them to bring the children back on track and help them with their self-esteem.