Georgetown, Guyana – (December 11, 2018) Minister of Citizenship, Mr. Winston Felix is currently representing Guyana at the Inter-governmental Conference in Marrakesh, Morocco to formally adopt the International Community’s first Global Compact for Migration, as agreed by the Member States of the United Nations (UN) on July 13, 2018.

In his presentation to the Conference, the Minister explained that “Guyana with a Diaspora at least as large as its internal population, is conscious of the unique role migrants can play in the transformation of societies.” 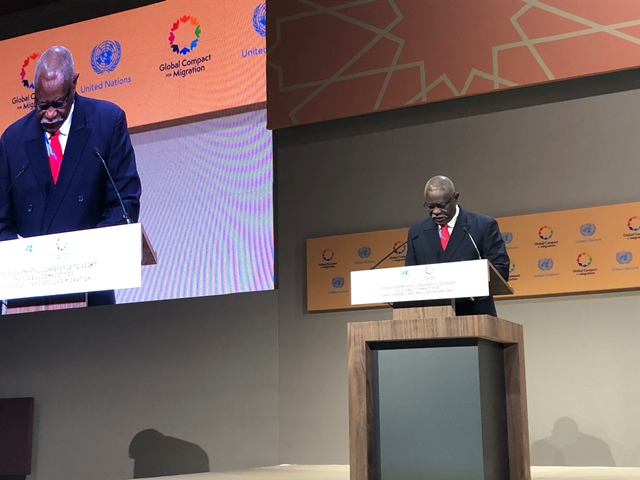 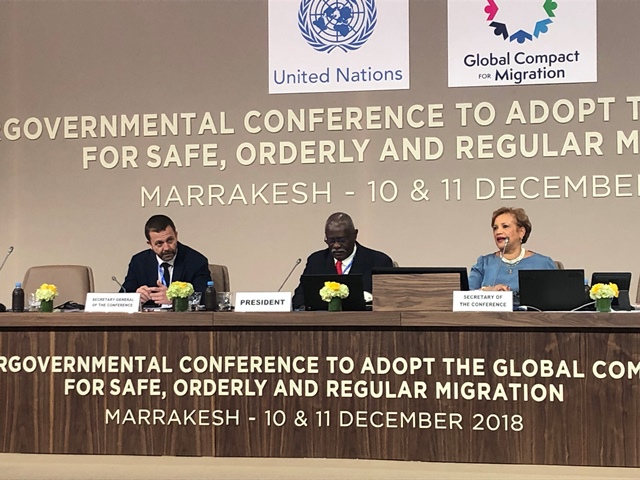 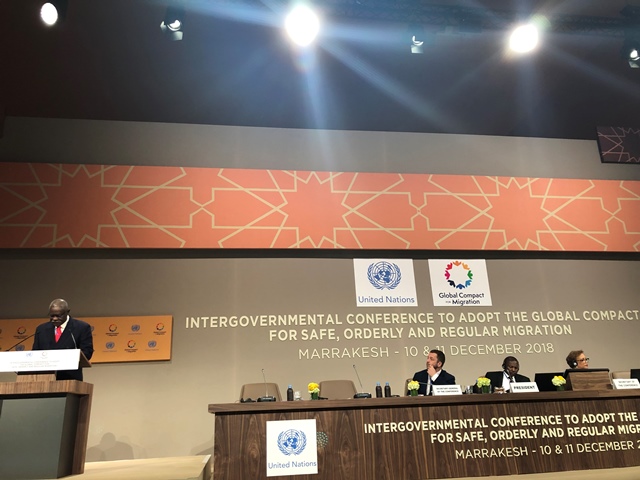 Minister Felix noted that the “Compact will also play a crucial role in the furtherance of our commitment to the pursuit of the 2030 Agenda for Sustainable Development”.

Prior to Conference, Mr. Brotherson and Ms. Ally represented Guyana at the 11th Summit Meeting of the Global Forum for Migration and Development which was also held in Marrakesh. That Forum served as a precursor to the Intergovernmental Conference and brought together a number of stakeholders in a voluntary, informal, non-binding manner to advance understanding and cooperation on the mutually reinforcing relationship between migration and development.