─ new landing system will be installed by end of March 2020

Following an interruption in the runway lights at the Cheddi Jagan International Airport (CJIA) on Thursday evening, technicians at the country’s main airport are working around the clock to resolve the issue. 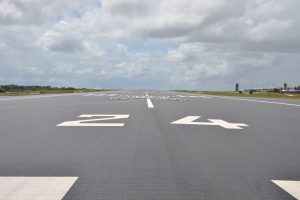 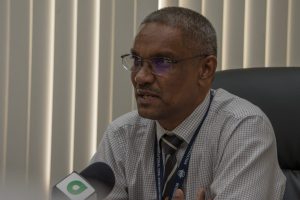 As a result, DPI learnt CJIA immediately put backup systems in place. This included the deployment of portable lights, which took approximately 35-40 minutes to be fully operational throughout the length of the runway.

The two flights affected by the lapse in the landing lights were from Surinam Airways and Caribbean Airlines. Concerning the former airline, its aeroplane was allowed to depart at 12:12 am, while the latter eventually arrived CJIA at 2:12 am after returning to Port of Spain until the situation was remedied.

According to a press release from the Ministry of Public Infrastructure, the failure of the lights was due to, “a slack cable connection,” which was installed as part of the upgrades on the extended section of the north-eastern runway.

CJIA expects the mishap to resume to a state of normalcy by Friday evening. The new $200M Instrument Landing System (ILS) is expected to be completely installed at CJIA by the end of the first quarter of 2020.