On Sunday, November 12, 2017, athletes from around South America will gather in Panama to conclude the third leg of the South American 10K Classic Road Race. Cleveland Thomas who finished second to Cleveland Forde in the first two legs of the competition which began in Suriname then continued to Guyana said that he is ready to finish first this time around. 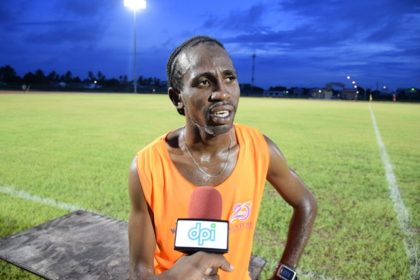 While in Suriname and Guyana, Thomas clocked 34 minutes and five seconds and 33 minutes and 51 seconds respectively. Speaking to the Department of Public Information (DPI), Thomas said his training is going well and that his times are looking better than before.

Other Guyanese who are slated to compete in the upcoming race include Cleveland Forde, winner of the GTT Pinktober 10K, Rickie Williams, as well as Winston Missigher and Ashanti Scott.