The Office of Climate Change will be working with international partners and sectoral agencies, over the next six months to craft a national climate change policy.

Head of the Office of Climate Change, Janelle Christian told the Government Information Agency (GINA) that the initiative is to ensure that there is collective action to mainstream climate change across all sectors.

“Guyana does not have a national climate change policy, and so this would provide overarching guidance to all sector agencies for development of respective sector plans… 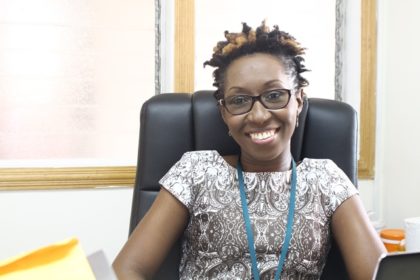 Head of the Office of Climate Change, Janelle Christian

It is necessary to mainstream or integrate climate action into all our developmental planning, be it social, environmental or economic activities. The office would also be focusing on establishing an institutional framework for greater coordination, collaboration, cooperation, and information sharing,” Christian said.

At the Paris Climate Conference (COP21) in December 2015, 195 countries adopted the first-ever universal, legally binding global climate deal. The agreement sets out a global action plan to put the world on track to avoid dangerous climate change by limiting global warming to well below 2°C. The agreement is due to enter into force in 2020.

Christian also pointed out that, for Guyana to maintain its carbon dioxide contribution to 1.5◦C as spelt out in the Paris agreement, there needs to be collective action across the sectors. The country also needs to ensure that in sector planning, the necessary action to adapt, increase resilience and mitigate effects is taken into consideration.

Guyana is one of the first countries to benefit from a US$300, 000 Green Climate fund through the Caribbean Community Climate Change Centre. The grant became effective on June 21, 2016.

“So soon we should be starting contracting of consultants to help with the strengthening of national designated authority, the public consultation and preparation of the country’s strategic framework of projects which we will be submitting for financing,” Christian explained.

The office will also start its awareness programme through the Communication department to keep the public informed.

The Office of Climate Change was established in 2009 primarily to support the work that was initiated when Guyana developed its Low Carbon Development Strategy (LCDS).