Coalition has evidence to substantiate claim

During a meeting with the Guyana Elections Commission (GECOM) earlier today, the A Partnership for National Unity + Alliance for Change (APNU+AFC) coalition highlighted several anomalies recorded in the recount process, one being persons who have migrated or dead appearing to have voted.

This was disclosed by Minister of Social Protection, Hon. Amna Ally during an interaction with the media on day 11 of the national recount of votes cast at the March 2 General and Regional Elections. 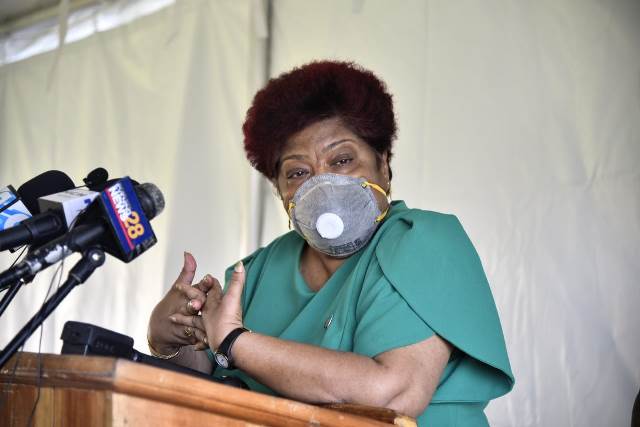 Minister Ally said while GECOM Opposition Commissioners believe that the claim is baseless, the coalition has the evidence to substantiate it.

“We have substantiating evidence, most of which have been produced by the counting agents at workstations,” the Social Protection Minister stated.

She added that the Commission was also informed that checks can be made at the respective agencies to verify the information.

“For example, they can verify those who are dead by checking the GRO’s [General Registrar’s Office] list of deaths,” she remarked before disclosing that a number of death certificates have been submitted to the commission through counting agents.

The Coalition official underscored that the government is not abusing its powers in office to access these records as anyone can gain access to a death certificate.  She also disclosed that leading up to March 2, the coalition did its groundwork all across the country.

“So, we are aware of all those people who departed these shores and did not come back. We also know all those who are dead,” Minister Ally remarked.

Among other issues highlighted during the meeting were oaths not being signed, identification cards not being used and poll books being absent.