‘Coalition is on a good footing’ – PM Nagamootoo

“What is important is to carry the baton of struggle; all of us have to put our shoulders to the wheel to ensure that the Coalition wins the next election with a larger majority.” 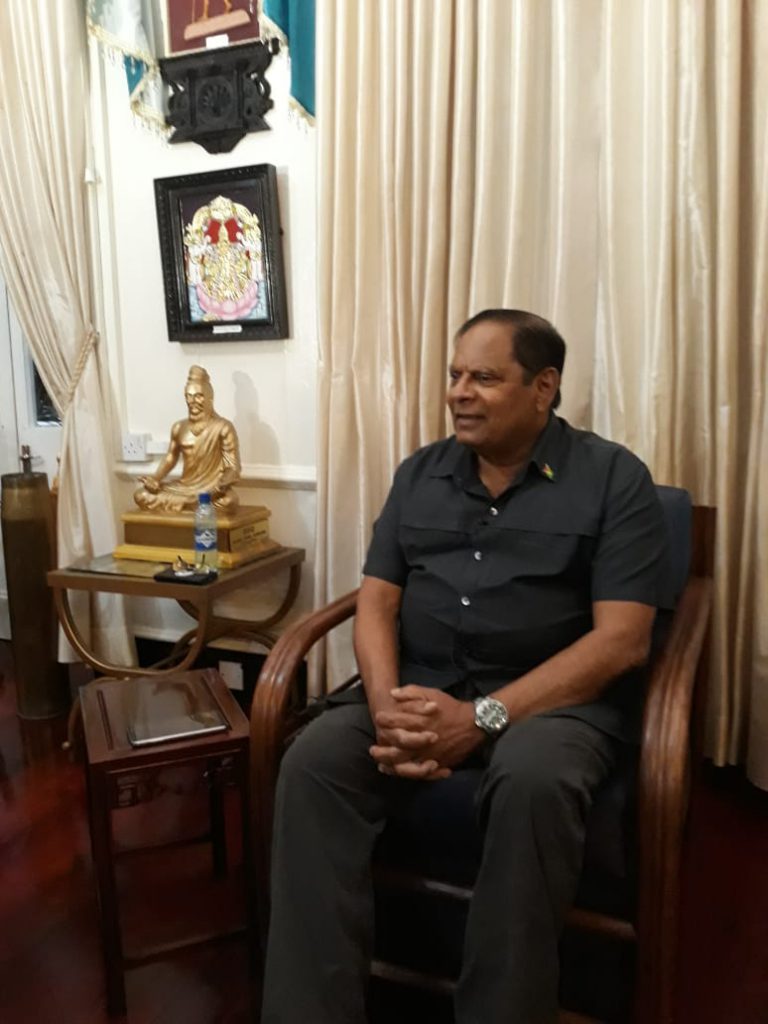 Prime Minister, Moses Nagamootoo during his appearance on the programme Straight Up on Radio 107.1FM

This statement was made by Prime Minister, Moses Nagamootoo, during his appearance on the programme Straight Up with Mark Benschop on Radio 107.1FM.

According to the Prime Minister, the proper governance of the country is of utmost importance. He explained that the Coalition government is on ‘good footing’ since it has a credible record of achievement over the past four years. Among these notable achievements are infrastructural developments, massive improvements to the education system, better security on the country’s borders and overall delivery of a better life for all citizens.

“Having worked under five presidents now and being in politics for 58 years, I would say this is the best government we have had for a first term,” Prime Minister Nagamootoo remarked.

He stressed that this government has done well enough to gain the constant support of the citizens.

“I am sure given a credible electoral process; we will win the elections with an overwhelming majority at the next poll,” he said.

Responding to the question relating to the recent internal elections of the Alliance For Change (AFC), the Prime Minister reiterated that:

“It leaves me as Prime Minister for all the people of Guyana, and a Prime Minister in the APNU+AFC [A Partnership for National Unity + Alliance for Change] Coalition government.”