Doctors and nurses working in Paediatric Units at public health facilities have been targeted in a series of training sessions to further reduce the rates of infant mortality and morbidity.

The health care professionals have been, and continue to be trained in the field through a number of pilot programmes, and collaborative efforts with international organisations. 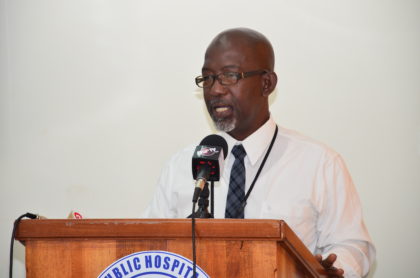 Head of the Paediatrics Department of the Georgetown Public Hospital Corporation (GPHC), Dr. Clive Bowman said, “In 2011 residency training was started in Guyana and to date 10 paediatricians have been trained… We also have nine residents who are currently in training. We recognise that we cannot train doctors and don’t have trained nurses, so in 2013 again, through the initiative of the Guyana Help The Kids (GHTK), Dr. Narendra Singh and the Nationwide Children Hospital, we started our neonatal intensive care training, training nurses who are specially equipped to care for very sick new born babies.”

Dr. Bowman said to date 36 nurses have completed that training, and there are 25 others who are currently in training. 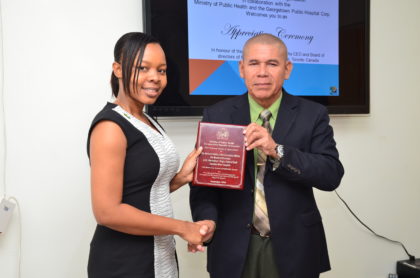 GPHC’s  Paediatrics Department has been collaborating with overseas based institutions such as the Pan American Health Organisation (PAHO), University of Toronto, University of Calgary, and the University of Buffalo among others in realising the training opportunities.

Dr. Bowman further stated that the objective of the collaborative efforts with international counterparts is to ensure that “we can provide top quality care to paediatric patients in Guyana, and this involves training, improvement of the physical structure and provision of equipment.”

The training which the doctors and nurses are undergoing will further be decentralised into sub-specialty areas such as echocardiography, spirometry, paediatric hematology/oncology, paediatric critical care, paediatric emergency medicine and neonatology. A neonatology division equipped with the requisite staff will also be set up to give care to the ill or premature newborn infant. 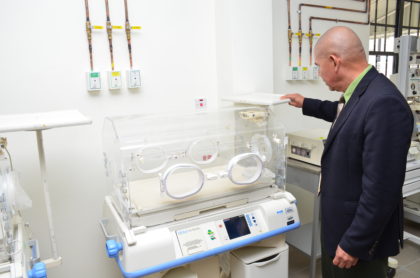 Minister of Public Health, Dr. George Norton inspects some of the items donated to the Paediatric ward of the Georgetown Public Hospital Corporation

“As we continue training, we are also looking at boosting the man power capability of our department, and also do some restructuring of the department so that we can provide the care necessary,” Dr. Bowman further explained

By the end of 2016, GPHC’s paediatric department is expected to have a complement of 12 pediatricians who will work to provide efficient and effective health care, thereby greatly reducing infant morbidity and mortality.

Doctors of the department have also been a part of a pilot programme in collaboration with the Guyana Bank for Trade and Industry (GBTI). The programme, Dr. Bowman said, is funded at a cost of US$38,000 and has seen more than 600 babies and mothers being screened for hypothyroidism and sickle cell disease.

The ongoing training in the different areas of paediatrics will not only benefit doctors from the GPHC, but  those from all major regional hospitals including New Amsterdam, Suddie, West Demerara, Linden, and Bartica. 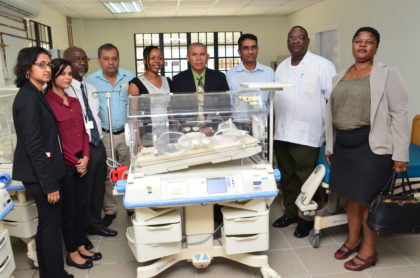 Over the years, the GHTK has played an important role in contributing to the decrease in neonatal and infant mortality in developing countries, particularly in Guyana.

The items were handed over to Minister of Public Health, Dr. George Norton who highlighted that with GHTK’s contributions over the years, as of September 2015, the infant mortality and morbidity rates have decreased from 35 percent to seven percent.