The Ministry of Public Security is currently in consultation with local telephone service provider, Digicel as it prepares to develop a command centre to effectively handle emergency calls.

The defunct 911 emergency line remains a troubling problem for government. Minister of Public Security, Khemraj Ramjattan said that the establishment of the command centre will better streamline calls to the 911 (Guyana Police Force) and 912 (Guyana Fire Service) emergency lines.

Establishing the new system will come under the Smart City project which is currently being evaluated for implementation and funding, Minister Ramjattan explained. The system that will be established will also make provisions for the 912 emergency line.  “The technicians and the experts know how to split the system into a 912,” the Minister added.

The 912 emergency line will be essential to the Emergency Medical Service (EMS) which seeks to improve the medical response services time.

Additionally, Fire Chief Marlon Gentle assured that the 912 emergency line functions adequately. “Of course we will be doing some PR (Public Relations) and so on so that persons will be so notified that the 912 number could be used both for fire and medical emergencies,” Gentle told the Government Information Agency (GINA). 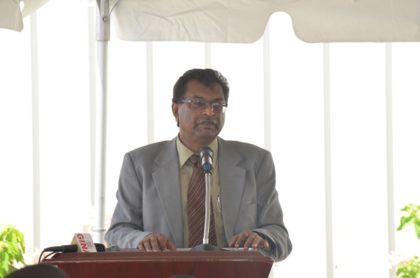 The composition of fire fighters and medical personnel from the Public Health Sector will also be part of the initial batch of EMTs. The training is part of the EMS pilot which will be launched in September.

The EMTs will be dispatched to Fire Stations along the East Coast and East Bank of Demerara upon completion of a two-week practical session at the Georgetown Public Hospital Corporation.   When the pilot is launched, there will be four ambulances which will be assigned to the GFS.

The main aim of the EMS is to establish medical response ambulance services via land air and water with a response time of 15 minutes maximum. The EMS is a collaborative effort between the Ministries of Public Security and Public Health.