– over 30 streetlights for Golden Fleece and Belladrum Community, West Coast of Berbice

Residents from Belladrum and Golden Fleece on the West Coast of Berbice (WCB) gathered on Sunday afternoon to discuss several developments in their communities with the Minister of Business, Hon. Haimraj Rajkumar.

Before the interactive session, Minister Raijkumar conducted a walkabout in the neighbourhood, where he greeted persons and got the opportunity to witness the positive transformation in the community. 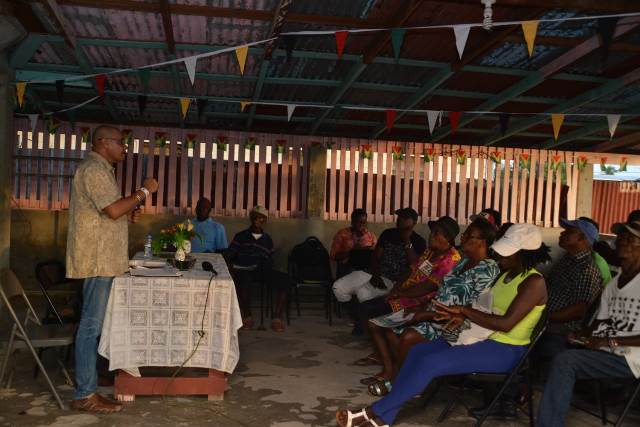 Minister of Business, Hon. Haimraj Rajkumar addressing the residents of Golden Fleece and Belladrum, West Coast of Berbice (WCB) during a community meeting.

Minister of Business, Hon. Haimraj Rajkumar greeting one of the young men during the walkabout in the Golden Fleece community. 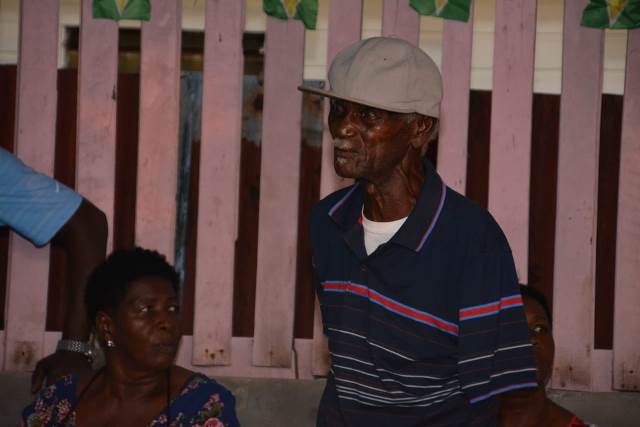 During the meeting, the persons gathered commended improvements to the infrastructure in education and health services. They noted the upgrades to the Belladrum Primary School that saw new stairs being constructed and the entire school being given a facelift with a fresh paint job. The also pointed to rehabilitated health centre which they said is more comfortable and services have improved.

Ninety-one-year-old, Sydney Granville said for years many villages on the WCB were neglected and only depended on farming and food snackettes to generate income. “I lived at Belladrum all my life, and I can say I will not die knowing my village has remained the same. David Granger, our President, is a firm person and he has implemented that into his regime. This has positively impacted the lives of every Guyanese, and the younger generation must look up to him as their leader,” Granville said.

Minister of Business, Hon. Haimraj Rajkumar told the residents the ministers are mandated to listen to their concerns and provide solutions.

“We aim to improve this economy and the lives of our people in every region. The APNU/AFC Administration is committed and will work vigorously to change the lives of the people. These meetings serve as a tool for each Minister of Government to listen keenly, so we can improve the citizen’s health, social and economic lifestyles.”

In other community developments, the Chairman of the Neighbourhood Democratic Council (NDC), Angela Mc Donald disclosed that the residents of Belladrum and Golden Fleece will receive streetlights for the first time. The initiative is one which will be carried out through the Ministry of Communities.

“The contract was signed last week for $1.5M, and installation will commence. For years, residents walked the streets in fear and now, thanks to the Government, we can finally have added safety through these streetlights.” The NDC Chairman further commended the efficient service received from the Government.