Minister of Agriculture, Hon. Zulfikar Mustapha has said a Conflict Resolution Committee will be formed to address land matters affecting farmers, during an outreach in Mahaica-Berbice (Region Five) on Saturday.

The Committee will be headed by the former Chancellor of the Judiciary, Justice Cecil Kennard. The Committee and the newly appointed Board of the Mahaica/Mahaicony/Abary – Agricultural Development Authority (MMA-ADA) will work in concert to resolve land matters, that may otherwise take several years to address in court. 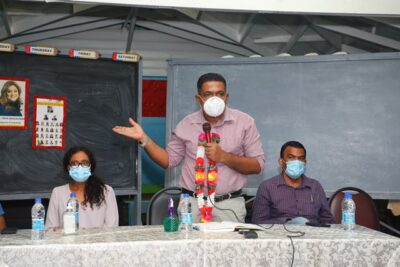 Minister of Agriculture, Hon. Zulfikar Mustapha during an outreach in Region Five

“Over the years, I think that a number of people have been manipulating the system in getting land so, what we want to do, we want to straighten out the system; we want the system to work and people who are deserving must get the land to plant,” Minister Mustapha told farmers.

He also revealed that many persons who visit his office during the ‘Open Day’ seek his intervention in land matters, some of which are engaging the attention of the Court.

“Rather than take the matter to court … they will set up a Committee called a conflict resolution Committee. That Committee will look at all the disputes and they will pronounce on it, bring it to the Board for their approval, then I will give my blessing to it and then those matters will be resolved,” he said. 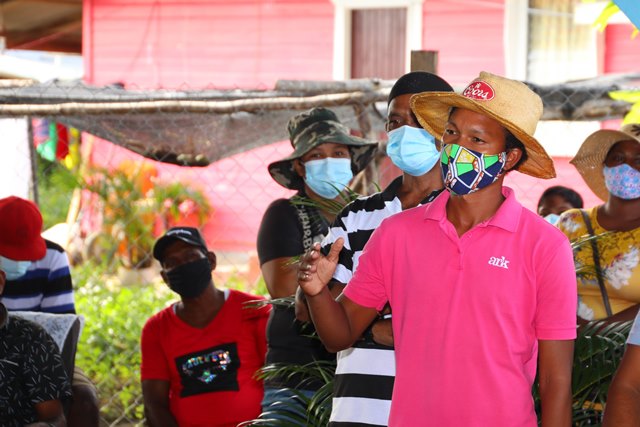 Mr. Leon Adams makes a point during an outreach with Minister of Agriculture, Hon. Zulfikar Mustapha 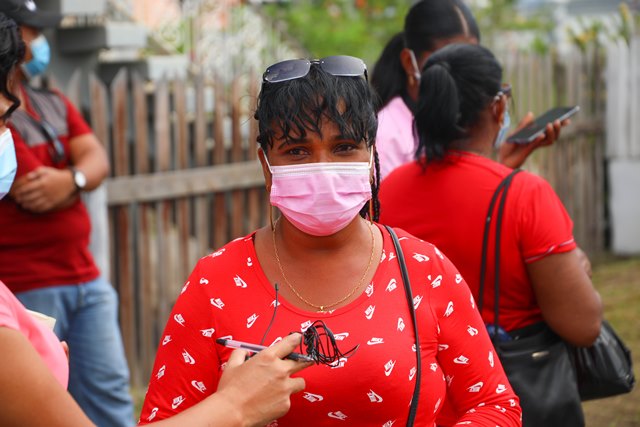 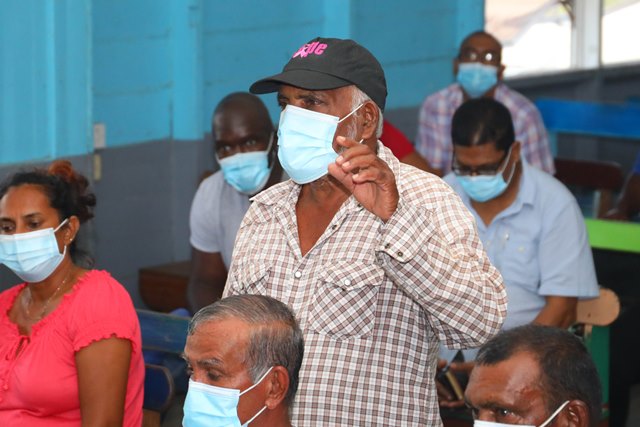 Farmer Inshaan raises his concerns with the visiting team

Meanwhile, at Rosignol, Dundee and Bath residents also voiced concerns about issues relating to drainage and irrigation, theft and security.

The Minister committed to examining the matters soon. Teams from the Guyana Livestock Development Authority and the National Agricultural Research and Extension Institute will also be dispatched to the Region to conduct a field assessment and to find solutions to the problems.

Several farmers told DPI that they welcomed the initiative.

“It’s very refreshing to hear the Minister talk and to understand that what this Government is doing is not forgetting agriculture because it might be easy to forget once the oil money starts to flow in; it might be easier to access that but it’s heartening to see that they realise that agriculture is the backbone of this country,” Mr. Shahir Chand said.

Mr. Leon Abrams, Chairman of Woodlands Village, also lauded the visiting team.  “Now that we are seeing Heads of agencies, you can now meet to raise your concern to have your problem solved,” he said.

Minister Mustapha also handed over some farming supplies to a women’s farming group at the close of the meeting at Dundee.