Finance has been approved for the construction of the Waramuri Secondary School, Region One. Construction can start as soon as October 2016.

Nigel Richards, Regional Education Officer, Region One recently made this announcement while visiting the village. 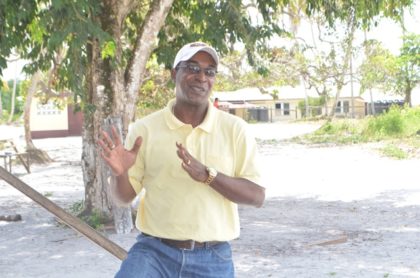 In briefing Hinterland Employment Youth Service (HEYS) students and a number of other residents of Waramuri, the Regional Education Officer said there have been some issues that resulted in delay in the school’s construction, but these have been sorted at the level of the region.

Richards explained that, “the long awaited secondary school for the area is scheduled to start soon, pending the region’s responsibility of having a contractor identified to complete it.”

In August, Minister of State Joseph Harmon at a post Cabinet media briefing had announced that the contract for the construction of the school was awarded to Sattaur Mohammed and Son Construction and Hardware Supplies.

Based on information provided by the Regional Education Officer to the Government Information Agency (GINA), the approval document states that financing for this project has been approved by the Ministry of Finance, to the tune of $17, 920, 864. The document also states that the building will be a size of 50 feet by 70 feet.

The new structure will accommodate the Waramuri school population of more than 250 students. The Regional Education Officer pointed out, “These students are currently occupying the youth centre in that area.”

A number of other capital projects for Region One are pending.