Minister of State, Joseph Harmon, told media operatives today, that scanning activities at wharfs where containers are loaded and unloaded will be increased by the Guyana Revenue Authority (GRA). 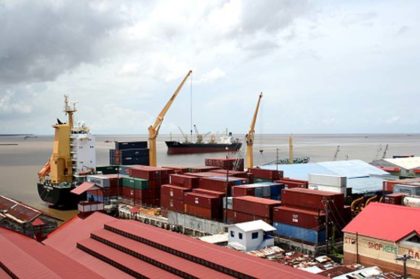 A wharf in Georgetown

Minister Harmon clarified that the company to which the contract was awarded for the supply of a scanner is not new to providing the service to the Government of Guyana. “Now this is a company that (has) already provided, in fact they are the company that provided the scanner, they provided the training and this is an ongoing contract so it is not a new contract.”

A contract worth $34.2M was awarded to Massey Technologies Limited, a subsidiary of Massey Group of Companies to provide the scanner as well as training for persons that will operate it. The scanner will be used at wharfs where there is significant traffic.

The Government of Guyana continues to take serious steps in rectifying the country’s image as a drug trans-shipment point. The service that the container scanner will provide will “not only cover just one port, but all of the ports -of -entry and exits in the country, so this is a part of a process of ensuring that we can cover these major activities that’s taking place,” Minister Harmon added.

Most shipping activities the world over enter or leave ports through containers, Minister Harmon noted. He added that, there is no control in what is contained and what is declared however, the scanner will maintain control and provide influence over what goes out and comes into the country, he pointed out.