GWI on Thursday, July 11, assured residents of Coomacka, Region 10 that their concerns regarding access to potable water will be addressed.

The community of approximately 750 residents is receiving little to no water since the distribution system, which was constructed through the Rotary years ago, is now blocked.

GWI’s Managing Director and a team of officials, upon the invitation of the Community Development Council, assured residents during a community meeting that the utility will work to ensure quality water is provided to them. He stated that GWI is pushing ahead to achieve Sustainable Development Goal (SDG) number 6 by 2025 instead of 2030. SDG 6 speaks to ensuring access to potable water for all.

Executive Director of Operations Mr. Dwayne Shako said the team will work towards completing the upgrade works within the next two months. 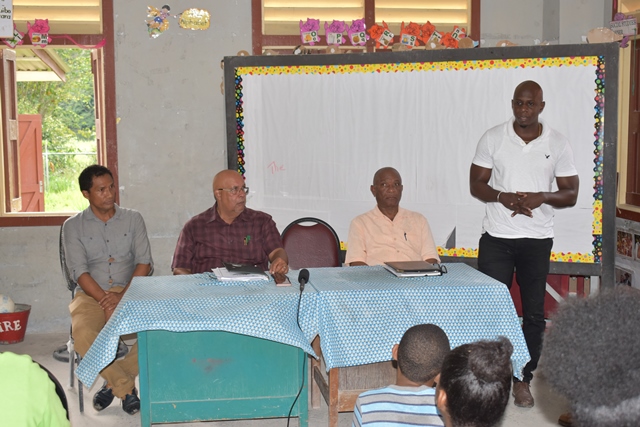 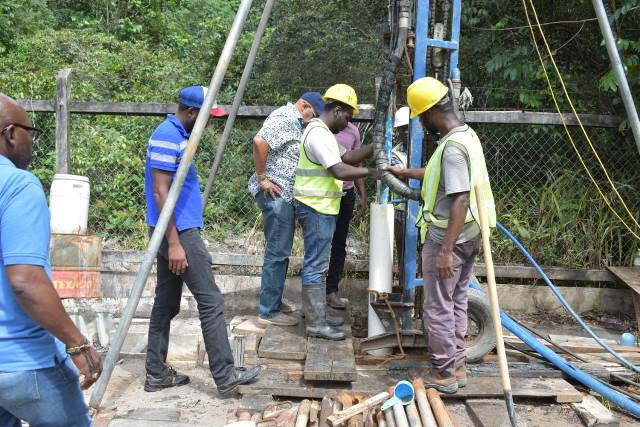 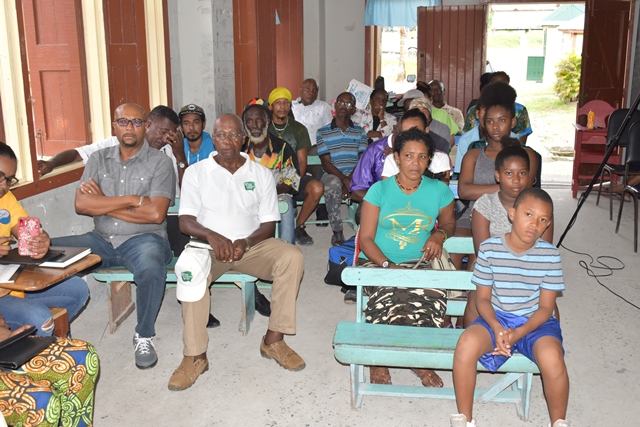 CDC members and Coomacka residents at the meeting

As an immediate solution, GWI will move to rehabilitate the existing well, address the issue of high iron content in the water, clean the distribution lines and repair standpipes. The utility will also be exploring the practicality of drilling a new well in the community.

The Managing Director explained that even as works are underway for the drilling of two new wells in Amelia’s Ward, Linden, GWI will utilise the same equipment to drill deeper in Coomacka, with the aim of accessing better quality water.

He reassured that with new technology at GWI’s disposal, finding quality water underground is now easier, as compared to some 23 years ago when the utility was not equipped with the requisite technology and equipment to sufficiently get the job done. Dr. Van West-Charles said government’s approval of funding now allows the company to function optimally and afford its customers a better life.

Prior to the distribution of water to residents, GWI will conduct water quality tests and make the results available to the community.

National Director of the National Community Development Council, Mr. Eugene Gilbert thanked GWI for its swift response in attending to the matter of access to water in Coomacka. He noted that Thursday’s community meeting came on the heels of a recently concluded Regional CDC Conference.

Meanwhile, GWI has completed the drilling of an additional well at Ituni to a depth of approximately 300ft.

Dr. Richard Van West-Charles and other GWI officials on Friday,12th July, 2019 visited the site of the new well. Developmental works are currently being done on the well, which will be followed by test pumping. Water quality testing will also be done to ensure that the water produced is within World Health Organisation (WHO) guidelines before it is provided to residents.

It is expected that the well will produce about 30 cubic meters of water per hour.

The drilling if this additional well will facilitate extended pumping hours to some 742 residents of that community. Upon completion, the residents will benefit from improved water quality and increased hours of water supply. Water quality testing will be done on a continuous basis to ensure that the quality of the water is maintained.