The Ministry of Social Protection – Counter Trafficking in Persons (CTIP) Department – has been engaging in numerous activities to raise awareness on the issues of Human Trafficking in a proactive approach to avoid continued occurrences of this heinous crime of modern slavery.

In addition to several public awareness, initiatives including Social Media campaigns, the department has also been doing continuous training with police officers and persons in areas where the occurrence of human trafficking is prevalent.

Research done has shown whenever there is a celebration in small towns or big cities, cases of human trafficking increases; and as a result of this knowledge, officers of the CTIP department engaged members of the public in Linden during its Town Week celebration, to continue awareness initiatives in an effort to lessen these occurrences.  Patrons also got the opportunity to win prizes for the knowledge as relates to human trafficking and were encouraged to do their part in aiding with counter measures.

The Department’s involvement is now a constant feature for the Linden Town Week activities, especially since the town is the hub to various mining communities where human trafficking often times occur.

Ranks of the Guyana Police Force (GPF) and the Community Policing Groups (CPGs) in the region have also been specially trained to spot suspicious activities which may result in the occurrence of Trafficking in Persons.

Manager of the Trafficking in Persons Department of the Ministry of Social Protection – Ms. Tanisha Williams-Corbin – indicated that the engagement with the public was quite fruitful; she further added that the department will soon be returning to the Region to conduct counter human trafficking training with youths. 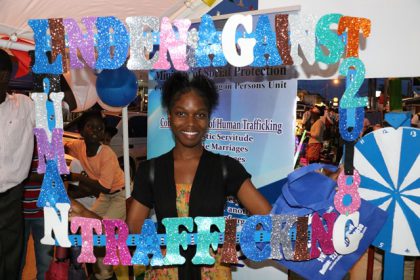 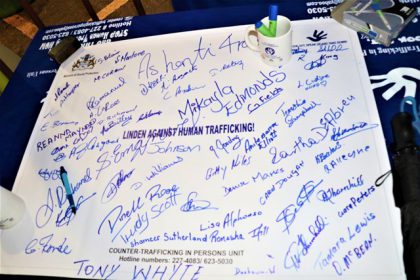 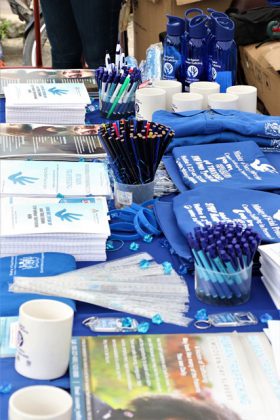 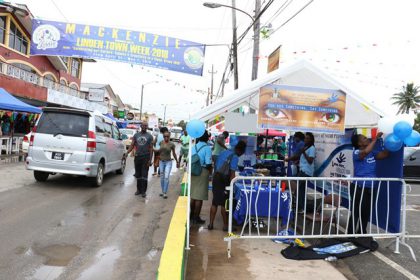