Court of Appeal rules CARICOM’s supervision of recount is unconstitutional

The Court of Appeal on Sunday, ruled that it is unconstitutional and unlawful for CARICOM to supervise the Guyana Elections Commission (GECOM) in a national recount of the March 2, National and Regional Elections.

The Court also ruled that Justice Franklyn Holder had the jurisdiction to enquire into the matter.

The case was brought before the Court of Appeal by private citizen Ulita Grace Moore who challenged the Full Court’s decision that it can conduct a review of the decisions by GECOM. 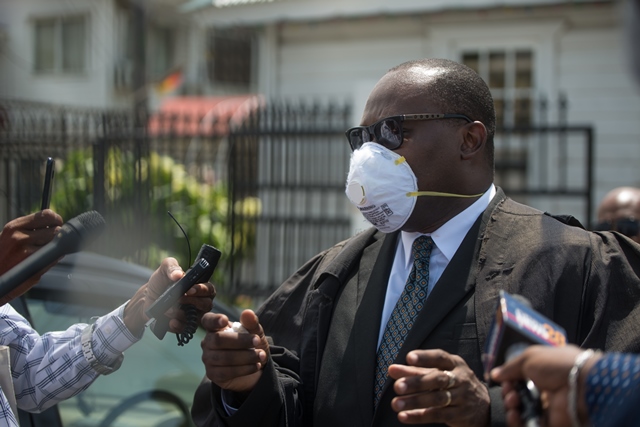 The Court will issue its orders in this regard by 1: 30 pm Monday afternoon.

The delay in the delivery of the orders stems from the fact that Attorney at Law, Roysdale Forde sought some clarification on the consequential orders.

He insisted on writing the court, particularly on the appeal that the High Court has the jurisdiction to say whether GECOM was breaching its constitutional supervisory powers by handing over supervision of a recount to CARICOM.

“I believe that is important for us to understand what are the consequential orders that the court will make now, having regards that this is a partial appeal that has been allowed. What exactly is the ruling of the court, because on one interpretation we found that there are two rulings made in our favour by Justice Reynolds and Gregory-Barnes which will now be operationalised…as so what these orders actually mean,” Forde told media operatives following today’s session.

It is against this background, he asked the court for an opportunity to consider what are the orders, not just the reasoning, but the consequential orders that would give effect.

“To my understanding, the court has ruled conclusively by two judges that the agreement entered into by the President and the Leader of the Opposition is unconstitutional and unlawful.”

Forde related that the court specifically addressed the matter of supervision and not observation of the recount of the ballots.

“I don’t know about observation.” He added, “what was brought to the court has to so with the supervision and based on the fact that GECOM has an agreement and by their own records and statements said that the agreement would have been supervised by CARICOM.

The Chairman of GECOM, Justice Claudette Singh has already indicated that a recount would go ahead with or without CARICOM. The body further stated that it would await the court’s ruling before moving ahead with the recount.

According to Forde, GECOM will still have to wait on the final orders and if there would be any advice tendered to either party to head to the Caribbean Court of Justice.

“Up to now, we don’t know what are the consequential orders and what will be the impact of the orders that the court will make. And, we also do not know that based on the orders, if the advice will be tendered to either side to the fact that they could appeal to the CCJ,” Forde stated.