−Difficulties in contact tracing contributing to increase of cases in hinterland

The Ministry of Public Health on Wednesday disclosed that the number of confirmed COVID-19 cases being reported are emanating mainly from Regions One, Four and Seven.

In the update given, the Deputy Chief Medical Officer, Dr. Karen Gordon-Boyle outlined the situation in each of these regions during the period March 9 to July 12.

From March-May, Region Four witnessed a steady increase in new confirmed cases – 100 in total. The curve began to flatten early in June with only four cases, however, shortly after, it began to climb again with 12 new cases being reported by June 12, bringing the total number of cases confirmed in Region Four to 116. 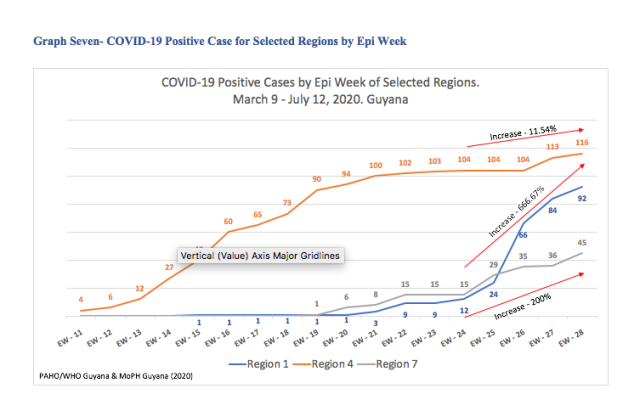 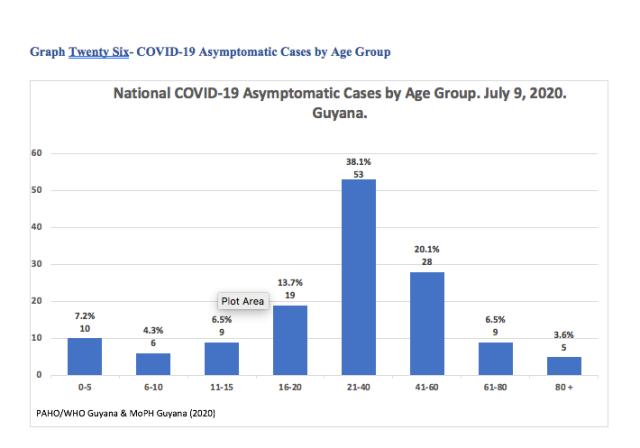 In Region One, the first case was reported on April 7 and remained this way until May 19, when there was a slow increase of 11 cases up to June 15. Afterwards, between June and July, 80 new cases were confirmed.

Meanwhile, in Region Seven, there has been a steady increase in cases. The index case was confirmed on May 13 and two months later, 44 new cases have been confirmed in that region.

The DCMO noted that while much effort and advisories have been put in place to stop the spread of the virus there are still some challenges, particularly in Regions One and Seven.

“I have chosen to make this comparison to emphasise the challenge of contact tracing in the hinterland where often there are no street names or lot numbers. Finding contacts to have them quarantined becomes a particular challenge and hence the exponential increase in cases   in these regions.” Dr. Boyle explained

It was pointed out that Regions One and Seven combined account for 110 cases since June 12- that is six cases less than the total number of cases confirmed in Region Four from March to July.

“Region 1 has the highest per capita infection rate followed by Region #7.” Dr. Boyle added. The DCMO also indicated that a large number of positive cases are asymptomatic, meaning they show no symptoms. This was most prevalent in the 21-40 age group.

With this in mind, Dr. Boyle said that the Ministry now aims to flatten the statistical curves in these regions.

Several strategies will be implemented in place to achieve this, including limited travel in and out of these regions, maintaining the curfew, closure of schools and workplaces and the requirement for citizens to maintain social distancing and wear face masks.

The DCMO also appealed to residents in bordering regions to heighten their vigilance concerning undocumented migrants from Brazil and Venezuela, asking that they report these persons to the relevant authorities.