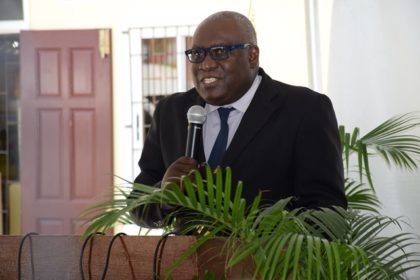 The CEO (ag.) was at the time delivering an address at the Ministry’s commemoration ceremony, in recognition of 40 years of nursery education in Guyana.

The event, which was hosted at the Roxanne Burnham Nursery School, this morning, under the theme, “Investing in Quality Nursery Education for successful lifelong learning,” saw attendance from the students, parents, educators and other partners/stakeholders of nursery education.

Addressing the gathering, Hutson observed that nursery education is critical to the “development process of our children.”

The CEO (ag) said because of this role of, “putting our children on a path of lifelong learning,” then the nursery schools, have a responsibility to intensify their effort in delivering the nursery education, in a creative innovative and a child-friendly fashion, Hutson said. 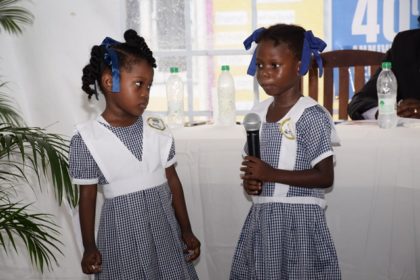 “Nursery is the first major exercise from which children are separated from the comfort  and the secure zone of their parents, therefore nursery schools have the responsibility to intensify their effort, in terms of creating an atmosphere and  an environment where our children can grow, where our children can develop and where they can prosper,” Hutson said.

Hutson pointed out that there are certain features that a ‘good’ nursery school presents. These include “clean safe building, trained soft speaking teachers, plenty of toys, block building games, and flash cards to identify letters, animals, vegetables and colours.” 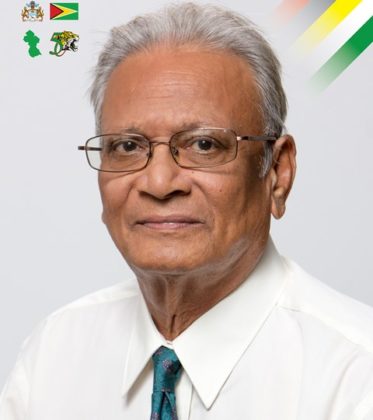 According to the National Institute for Early Childhood, “children who attend a good nursery school have better reading, Mathematics and Science skills than those who do not,” Hutson also told the gathering.

From these observations of the National Institute for Early Childhood, Hutson expressed the view that the country still has “a lot of grounds to cover to be effective in the delivery of nursery education.”

Against this background, the CEO (ag.) extended a call to all stakeholders to collectively work to positively impact the lives of the pupils in the nursery schools, “that in the future, they will fulfill purposes.” 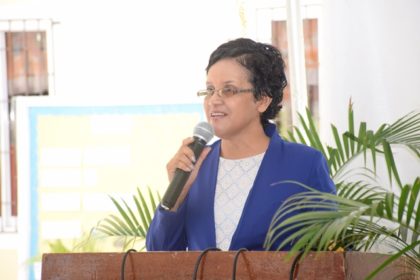 “Let us pour our knowledge, our skills and our resources to enhance their development, for together we can do the extraordinary,” Hutson said.

Forty (40) years ago, on September 13, 1976, the Ministry of Education, through the Government of Guyana officially launched the Guyana Nursery Education Programme. Prior to this launch, these schools were privately owned and were referred to as “bottom house kindergarten schools.”

Students, parents, educators and other partners/stakeholders of nursery education at the 40th anniversary of the launch of the Guyana Nursery Education Programme at the Roxanne Burnham Nursery School

Trotman also reported on the ministry’s plan to improve nursery education. These include among its priorities, making the two-year Nursery Education Programme for teachers compulsory.