─ could save farmers thousands 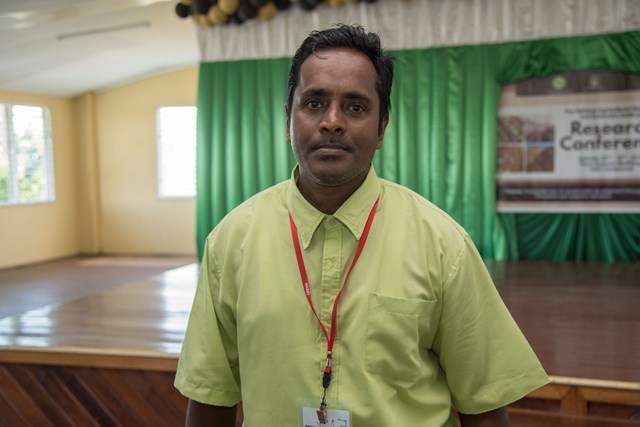 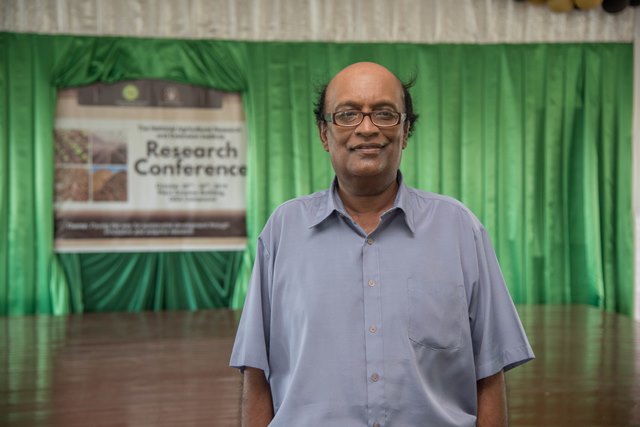 Nickram, who is the Head of the Beef Unit at GLDA, surprised the audience with his findings. “The locally prepared feed came in at a cost of $36, while the starter feed at Kaituk was at $51, a saving of $15, it may not be much, but when we equate it, it comes up to a $165 in savings per bird, if we take it to a greater dimension, at a thousand birds, the farmer would save $165,000 from doing so.”

This would mean huge savings not only for farmers but for consumers as well. Currently, the cost of feed makes up for 65% of the cost of production of meat birds. The switch would mean savings without affecting productivity, as the research found no significant change in the Feed Conversion Ratio (FCR) when compared to two other commercial brands of feed. The FCR refers to the amount of feed that a bird needs to consume to gain one pound of weight.

Nickram, in a follow-up interview after his presentation, gave some insight into the formulation of the mixed ration.

“We utilise the broken rice, which had the equivalent in crude protein and energy, and we reduced the level of soya bean meal that was present, and in doing so, we created a balance, utilising the same ‘Pearson Square’ we created that balance and produce a cheaper feed. So, if we do that, we can actually bring down that cost of production, and in effect, help the farmers to realise greater profits, at the end of the process.”

This, as well as other beneficial findings, were unearthed at the Agri-Research Conference. Chief Executive Officer (CEO) of NAREI Dr. Oudho Homenauth explained that contrary to the belief of sceptics, the research tends to be quite beneficial.

“The question that people ask is how beneficial is this? Well the benefits, you know research work takes time obviously, but at the end of the day, the people out there; the beneficiaries, the farmers or whoever or the exporters or the manufacturers, are the ultimate beneficiaries.”

The conference, which concluded on Wednesday, was held under the theme “Paving the way for Sustainable Development through Innovative and Adaptive Research.”

Editor’s Note: ‘Pearson’s Square’ is a simple, quick way to calculate the amounts of feed necessary to meet a nutrient requirement of livestock and other animals. This method is most effective when only two feeds are being used. For example, when two grains are mixed for part of a total mixed ration.