Deadline for CDB sea defence project in Leguan to be extended

On Thursday, Minister within the Ministry of Public Infrastructure, Hon. Jaipaul Sharma visited the Essequibo Island of Leguan to get a firsthand view of completed and ongoing projects that are critical to the island’s development.

He expressed confidence in the sea defence works, thus far as he reflected on the state of the island.

“This administration, between 2015 to present, executed several projects in Leguan because this particular area in Canefield here Leguan… was inundated with water whenever there is a high tide. Nothing could’ve passed. People could not even walk… and because of this [sea defence] structure here… it prevented the surge of the ocean, and the river and the Atlantic from coming into the island of Leguan.” 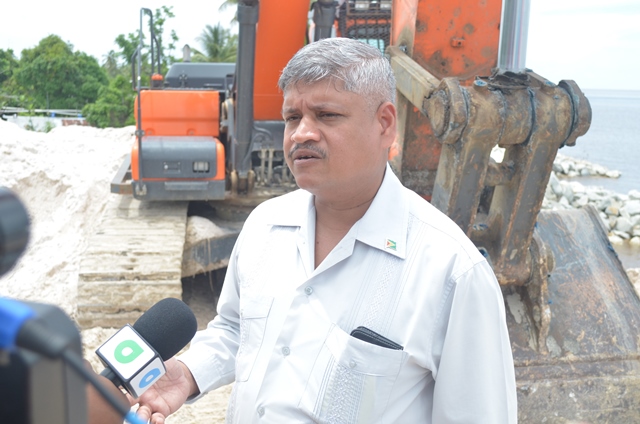 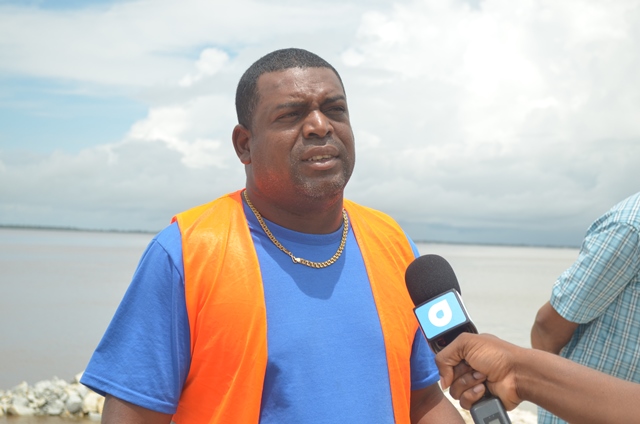 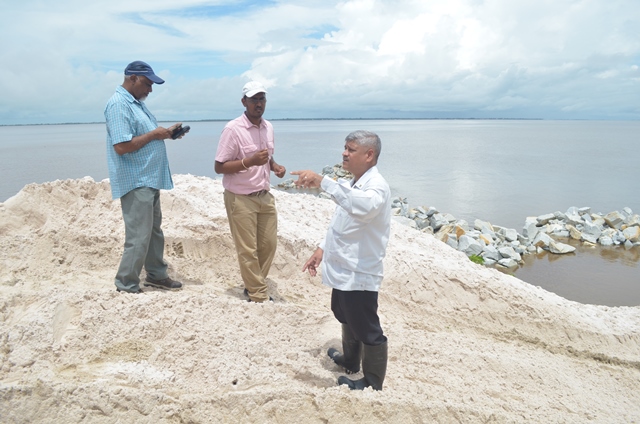 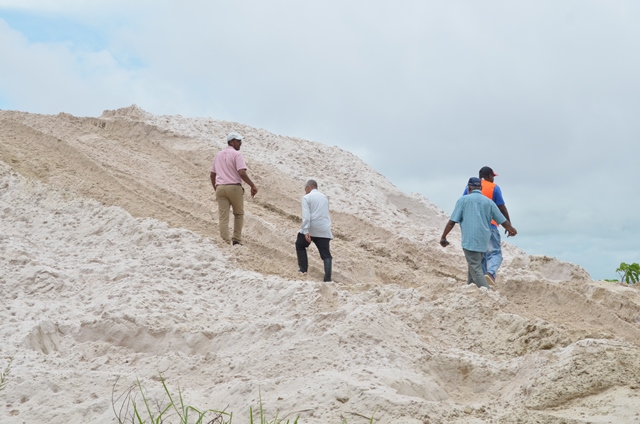 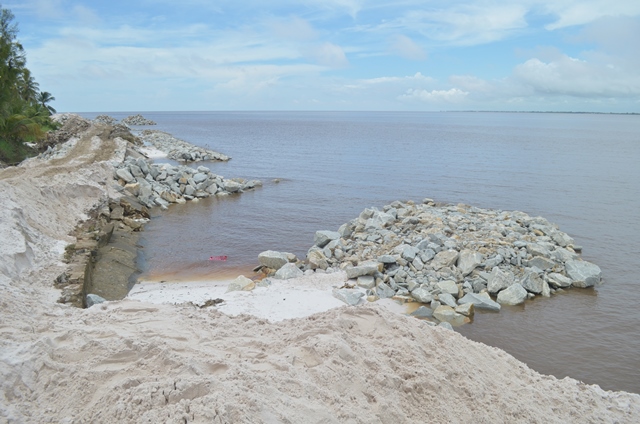 The minister and a team of engineers travelled to a sea defence project in Endeavour that was funded by the Caribbean Development Bank (CDB). Beginning in June 2019, the project represents a major upgrade from the inferior structure that it replaces.

“The structure here was over 40 years old, and it was breached. It was damaged. Water was seeping through under the structure and inconveniencing the residents,” Minister Sharma recalled.

Though this project is moving along, Site Foreman with BK International Troy Christian explained there are a few challenges, “the channel is very close here and the water is very deep, over 12 feet of water. So, only in the spring tide season, you can only get about 10-days work per month.” To this end, the Site Foreman noted it has been problematic to conduct works at the toe of the slope. With this in mind, Minister Jaipaul Sharma stated the government’s intent to communicate with the CDB for an extension of the project deadline.

Endeavour’s CDB project costs $314M and entails the construction of 300 metres. In the village of Success in Leguan, there is a similar CDB funded project to construct 600 metres of riprap structure to strengthen the sea defence. That project stands at the cost of $628M.