The Director of Pharmacy Services, Oneil Atkins said the donation was made by President of the Diabetic Association Glenys Beaton who said the donation aimed to help reduce the daily insulin intake among the country’s diabetic patients.

“Because of the efficacy it is predicted that in some cases, their daily dosage will be reduced by some 50 percent,” Atkins said. 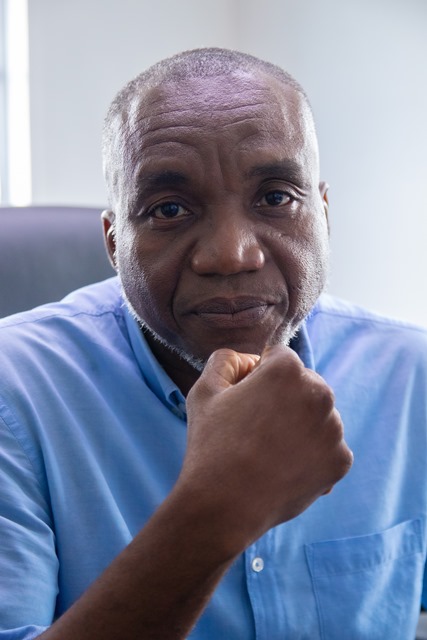 The Pharmacy Director expressed the wish to have the best use made of the donation and urged the country’s diabetic patients to use the insulin pen fills responsibly.

He noted that the donation was a timely one since diabetics are susceptible to the COVID-19 deadly disease because of their pre-existing condition.

“All diabetics and those prone to the disease, have a tough task to control their glucose (sugar) level. Global trend analysis reveals that diabetics who contract COVID-19 have a not-so-good prognosis,” Atkins explained.

According to research findings, COVID-19 worsens the chances of survival for persons with diabetic complications such as diabetic kidney disease. The new virus makes them weaker and, in some instances, could cause acute cardiac (heart) injury with heart failure, leading to poor circulation of blood.

Patients with diabetes require intensive attention to reduce the risk of dying. They “should follow the general prevention advice given by the authorities thoroughly to avoid infection with COVID-19,” an online report counselled.

Since the outbreak of COVID-19 in Guyana in March, almost 1,100 persons have been tested with 117 confirmed cases and 10 deaths according to official government records.

“Many of the COVID-19 deaths in Guyana were diabetics,” Atkins underscored.

According to a local survey, about 15 percent of the descendants of former slaves from Africa and indentured immigrants from Asia and Europe are diabetics.  This means that an estimated 117,000 Guyanese are suffering from some form of the debilitating ailment.

Atkins said of this figure, 65 percent (76,000) have to use insulin regularly to help protect their eyes, kidneys, nerves and other body parts often ravaged by the disease.

Diabetes also increases the risk of heart attack and stroke and often causes sexual problems. Three years ago, Guyana’s diabetes prevalence rate, according to an online report, was 11.6 percent.

While Atkins encouraged health workers and the rest of the population to continue paying keen attention to COVID-19, the Pharmacy Director cautioned that this should not be at the expense of other non-communicable diseases (NCDs).

“Do not forget to use your medications for other NCD conditions,” he reminded.

The Pharmacy Director said the Public Health Ministry is currently in talks with major global donors to help secure medication and other miscellaneous articles to benefit the country’s juvenile and other types of diabetics.