The diplomatic community in Guyana celebrated the country’s Jubilee Republic anniversary with a fair at D’Urban Park today.

The event held hosted by the Ministry of Foreign Affairs attracted ambassadors assigned to Guyana, other senior officials and students.

Delivering the opening remarks, Foreign Secretary Carl Greenidge said the importance of Guyana becoming a republic cannot be overstated and is worthy of celebration. 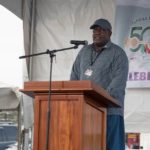 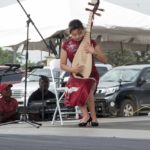 A representative from the Chinese playing the mandolin. 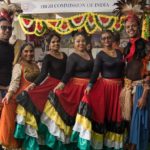 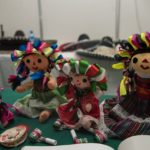 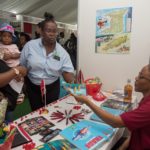 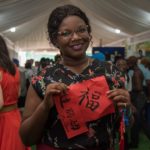 “That republic status bestows upon a people great power but also agreat responsibility. The freedom from the rule of a Monarch, the premise of self-governance and the ability to forge our own path to prosperity are key in this,” he stated.

Greenidge noted that over the years, Guyana has maintained amicable relations with many countries. “The Ministry has ensured that it has been successful in preserving and protecting the territorial integrity and sovereignty of the nation and here it must be mentioned that Guyana has maintained amicable, productive and harmonious relations with over 100 states in various parts of the world.”

Director of Bilateral Affairs Michael Brotherson expressed the hope that the fair serves to demystify the work of the diplomatic service.

“We hope that the public will take this opportunity to not only learn more about the country’s organisation represented here today but will also gain an even greater insight to the everyday duties of those who serve in the diplomatic service here and the Ministry of Foreign Affairs of Guyana,” he noted.

In 23 days, Guyana will celebrate its Jubilee anniversary as a Republic which it attained in February 1970. It will be celebrated under the theme ‘Guyana together, reflect, celebrate and transform.’

Throughout January, the Department of Social Cohesion, Culture, Youth and Sport has been celebrating the milestone with cultural events countrywide. Similar activities will continue in February until the big day.

Fire Safety exhibition hosted to highlight hazards in the home