The Civil Defence Commission (CDC) in collaboration with the Regional Democratic Council (RDC), Region Five on Thursday, completed the final phase of implementation of the Regional Disaster Risk Management System (RDRMS) for Region 5. This

system is one of 10 to be established in each administrative region of Guyana.

Deputy Director General, CDC,  Kester Craig told the Government Information Agency (GINA) that the aim of the system is to have a coordinated mechanism for all phases of the disaster risk management cycle. Hence, the approach is to promote a risk reduction culture to minimise the impact of future disasters and response cost. 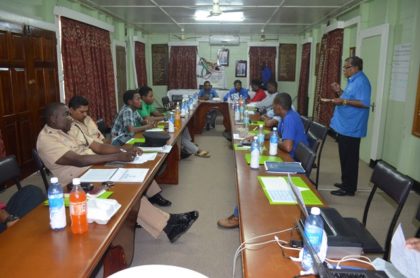 As part of the system, a Regional Disaster Risk Management Committee was established and is expected to meet quarterly to determine disaster risk management and preventative measures to be implemented in the Region.

The committee which is managed by the RDC is chaired by the Regional Chairman Vickchand Ramphal and comprises members from Guyana Power and Light (GPL), Guyana Water Incorporated (GWI), National Agricultural Research and Extension Institution (NAREI), Guyana Defence Force, Guyana Police Force, the Guyana Rice Development Board (GRDB), Guyana Sugar Corporation (GuySuCo), the programme heads of the Region and the Regional Executive Officer.

In 2014 and 2015 a comprehensive risk profile was conducted in the region to assist in the decision making of priority hazards including floods, droughts and garbage disposal in the region. The risk profile includes maps outlining high risk areas, Craig explained.

This has led to the development of multi-hazard preparedness and response plan that outline the roles and responsibilities of the key players in the Region.  Once those persons are aware of the plan and understand it they will know what they can do in emergencies. “They have a comprehensive system so all they need to do is sustain it,” Craig said. 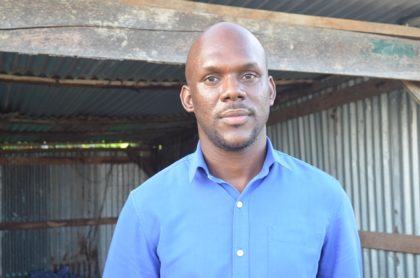 The CDC and RDC teams are soon to establish similar systems in Regions Two and Three. In the first week in August, the teams will head to Region 6. Further, by the end of August with funding from the Caribbean Disaster Emergency Management Agency (CDEMA), work will commence in Regions 9 and 10 to established RDRMSs, after which they will head to the other administrative regions.

High Frequency Radios will be installed in Orealla, Siparuni, Region Six and Moraikobai, Region Five as part of strengthening the regional mechanism to help with early warning so that “we’ll have a better response and decentralised system and people will be able to take responsibility for their actions within their regions.”

In July 2012, the CDC after consultation with the Ministry of Local Government and Regional Development embarked on a mission to build the DRM capacity and levels of resilience at the community and regional levels, and by extension the country.