Drainage issue in Campbellville soon to be addressed

Drainage issue in Campbellville soon to be addressed

Residents in Campbellville, Georgetown will soon be relieved of drainage problems as the Ministry of Public Infrastructure is currently working along with the Mayor and City Council (M&CC) to address this issue.

A team of councillors from the M&CC, along with Community Coordinator, Ministry of Public Infrastructure, Neilson McKenzie today, visited the communities of Bel Air Park, Section K, Campbellville, Lamaha Gardens and D’andrade Street, and Newton, Campbellville to assess the drainage problems that are affecting the communities. 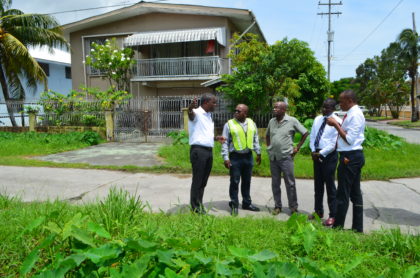 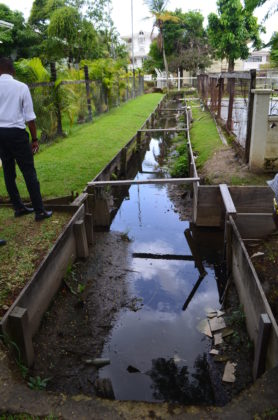 When they visited Section K, Campbellville, this area had a similar issue. “It is a priority because it has been this way for a number of years,” McKenzie explained.

At Lamaha Gardens, even though the community is not in a bad state as the other areas work will be carried out McKenzie noted. 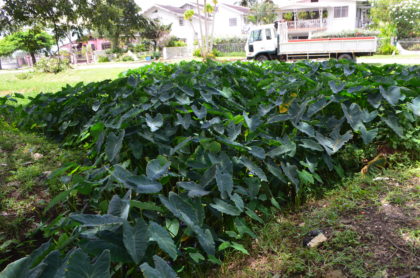 “We came to the Newton Area, D’andrade Street and this area we looking at the drainage system and we are looking to remedy this issue,” McKenzie said.

The Ministry of Public Infrastructure determined that there is need for proper drainage before the road is constructed. When it rains the street is heavily flooded due to the drainage issues, McKenzie explained.

“So we (are) looking at the drainage system and once that is remedied, we will amend very quickly these other issues,” McKenzie said.

Councillor Mentore said that the communities are in his constituencies and this is a fulfillment of his promise to the residents. The councillor said, “I will try my best at the council level to bring solution to their problems.”