More than 400 residents of the farming community of Barnwell North /Mocha are benefiting from works undertaken by the National Drainage and Irrigation Authority (NDIA). 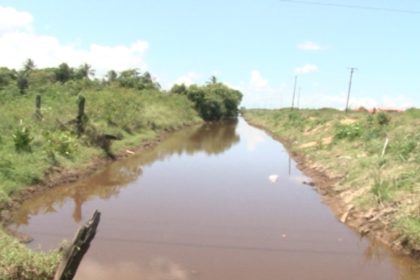 According to Senior Engineer of the NDIA, Dave Hicks, the works entailed clearing of drains and canals, leveling of land and maintenance of other infrastructures critical to the prevention of flooding.

“We sent in a bull dozer and an excavator and after cleaning about 13 channels including the main channel Number Three Canal, we found that even during the rainy period we got a significant flow of water from the land in areas which were completely flooded. Even (lands which were flooded) during the dry season are now dried and farmers have now returned to the land,” Hicks told the Government Information Agency (GINA) recently.

The Senior Engineer said flooding in the area was due mainly to a compromised drainage and irrigation system.

“What has put more pressure on the drainage system is the expansion of the housing schemes and the closure of some of the structures in the Mocha and East Bank area. What we found was that a lot of the canals and the drains and drainage system were completely blocked up resulting in water backing up into the area. The entire drainage and irrigation system was completely highly vegetated with trees growing inside (canals),” Hicks noted.

The works are being executed with machinery owned by the NDIA. The Authority has also committed to maintain the drainage system of Barnwell / Mocha with excavators and manual labour at a cost of $6 million annually. 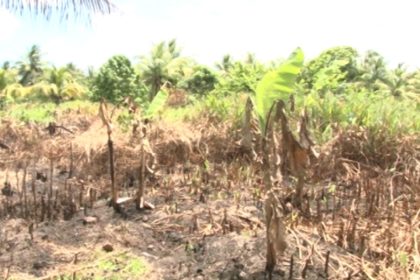 Chairman of the Barnwell North Farmers Group, David Samuel Joyce, says this is good for news the community as it would serve as a catalyst for a return to productive use the land.

“The area consists of small farmers on one acre plots. Most of the farmers are cash farmers, plantains cassava and so on and a lot of mangoes and guava and so on and a lot of people also do chickens and cows and swine. Since the new administration we started seeing greater emphasis. The dams were graded and so farmers who abandoned their place can come back and start doing their farming,” Joyce said.

Meanwhile the NDIA has committed funds to build a sluice or a pump at the head of the number three canal. The design is now in process. When completed this installation is expected to bring further relief to Barnwell, Mocha, and surrounding areas as housing expansion continues along the East bank corridor.