Minister of Natural Resources, Hon. Raphael Trotman, returned on Wednesday to East Bank Berbice and met with farmers from the villages of Lighttown, Mara, Plegtanchor, and Highbury. He had previously met with the farmers during a community meeting Friday last.

At that meeting, the residents spoke of the urgent need for drainage upgrades in the area. A resident, Calvin Chisholm, had stated that on the East Bank (Berbice), “everybody is depended on farming. Without proper drainage in the community much can’t be done.” 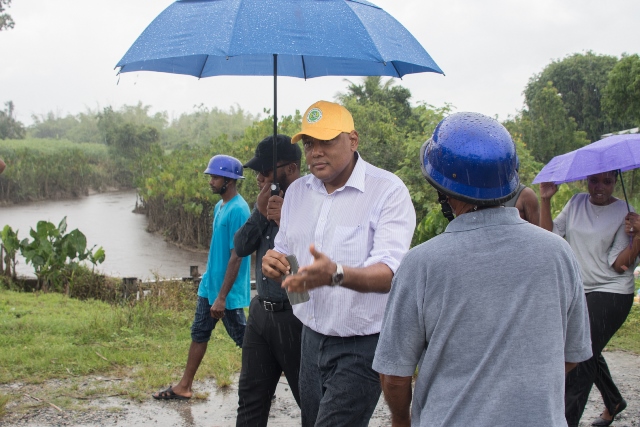 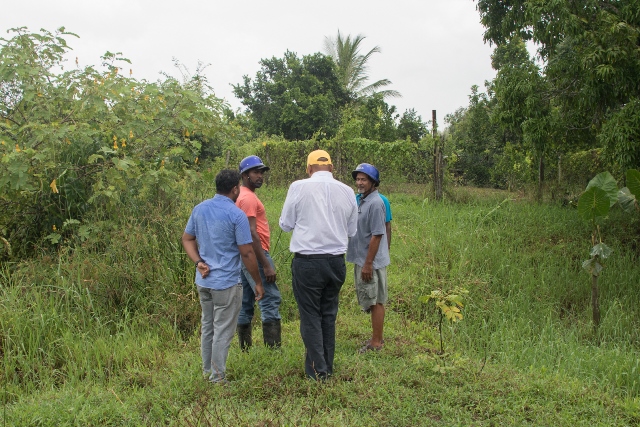 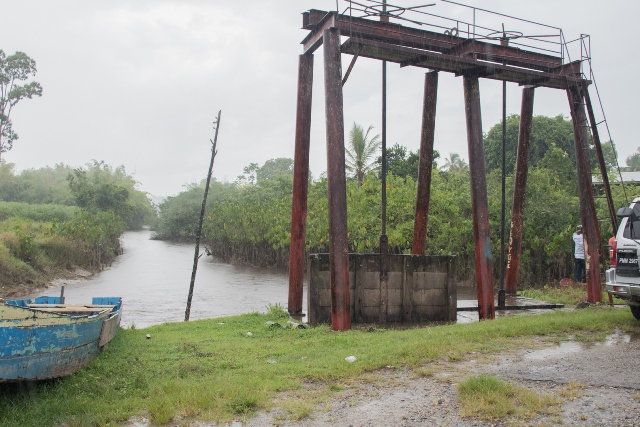 His concern was the repeated call of residents throughout the meeting, and in response Minister Trotman agreed to return to take a firsthand look.

Today, the Natural Resources Minister, who made it clear to the farmers that drainage and irrigation are not under his remit, but that of the Minister of Agriculture, inspected some farmland and committed to compiling a report to be given to the subject minister.

“Having been on the East Bank of Berbice last Friday, many issues of drainage were raised. I’m not the drainage engineer or the drainage minister but being the only minister on the ground, I undertook to see first hand what the complaints were really about.” Minister Trotman stated.

Braving the rain, Minister Trotman said he saw enough to prepare a report to submit to the Minister of Agriculture.

He said between the two, he believed some relief would come to the farmers very soon. As well as the Ministry of Natural Resources will assist in any way it can.