Earlier today Minister of Agriculture, Hon. Zulfikar Mustapha, along with a team from the National Drainage and Irrigation Authority (NDIA) and the Guyana Sugar Corporation (GuySuCo) conducted flood assessments in several areas along the East Coast Demerara corridor. 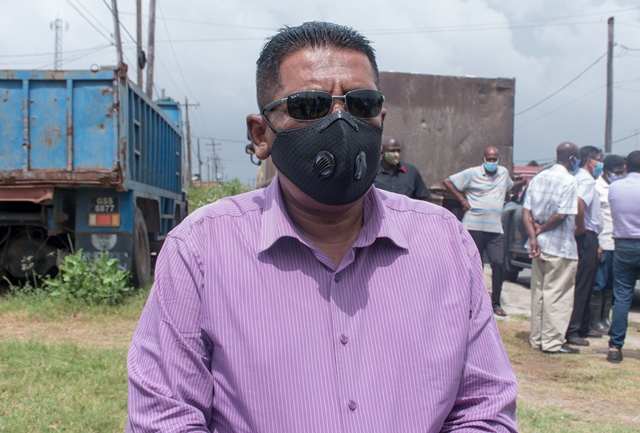 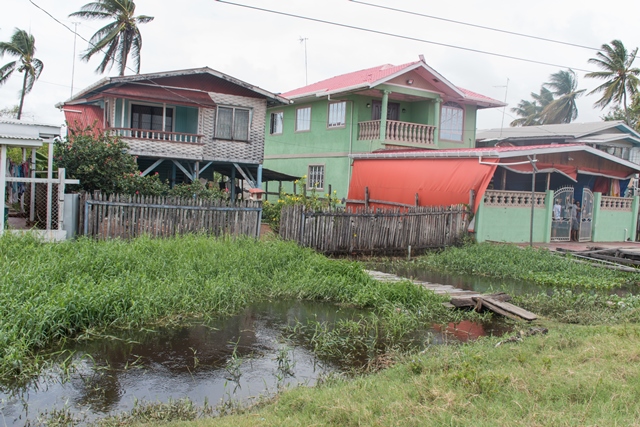 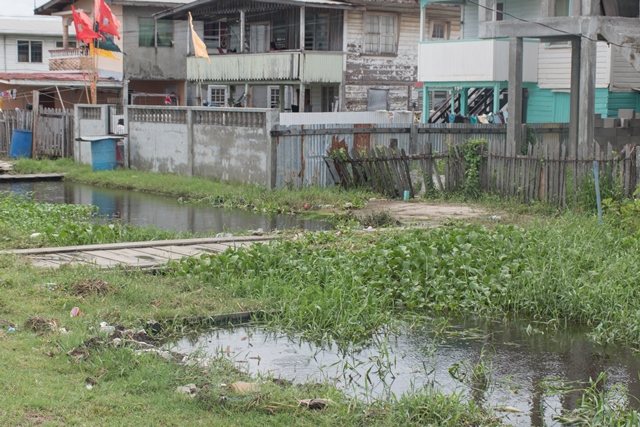 Minister Mustapha explained that this resulted from blockages, as well as insufficient drainage pumps.

At Montrose, three of the five pumps operated by GuySuCo were found to be inoperable. However, this was swiftly remedied and when DPI visited the area water levels had significantly reduced.

“We have put in, from the NDIA level, additional pumps. At Montrose, we will have four pumps operable there. At Triumph, we have an additional pump and those pumps that we have at Good Hope, the NDIA has in operation the last 24 hours to drain the area. As a result, we are here now and there is no water on people’s land,” the Agriculture Minister said.

With the water receding off the lands, the Minister said a team is now working to lower the level of water in the drains, as well as other works to mitigate flooding in the future.

Relief is already in progress for the Triumph/Mon Repos area as machines are being deployed to clean drains there.

“I want to also sound the warning to residents that we should desist from throwing garbage in these drainage canals. At Good Hope last night, a lot of garbage came out the canal and that was blocking the flow of water,” he said.

The Minister also reminded residents that a collaborative effort is needed to mitigate against flooding.

“We are also putting the system in place but we alone cannot manage it […] The residents also have to make sure that they take care of the drainage system; not block the drainage system, not to interfere with NDIA systems in the area, nor put down structures that will impede the flow of water,” Minister Mustapha said.

Besides those communities on the East Coast, Minister Mustapha reported some flooding in Rosignol, Berbice. Emergency works were done in the area and the water has since receded.

Continuous multi-stakeholder assessments will be done to put systems in place to deal with any possibility of flooding as the rainy season continues.