The report of the Commission of Inquiry (COI) into the state of the education system is expected in the next few months.

Minister of Education, Dr. Rupert Roopnaraine, speaking with the media at the 2016 National Grade Six Assessment (NGSA) result announcement on Tuesday, said that the commission would need “a few more months”  before it could submit its recommendations for the enhancement of the public education system.

The COI which was launched in April was expected to last four months. During the launching, Minister Roopnaraine had indicated that a short extension would be considered if absolutely necessary. 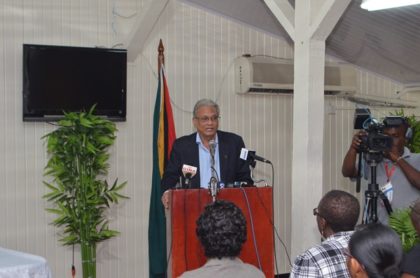 It was felt that this education reform will necessarily only be achievable subsequent to a far-ranging inquiry into the public sector, “one that paints as accurate a picture as possible of the state of the sector at present.”

The COI is in keeping with the government’s belief that education in Guyana will require comprehensive and far-reaching reform if the system is going to prove capable of addressing the country’s developmental needs.

The COI is expected to establish a baseline analysis of the sector, as well as recommend broad strategic guidelines for its enhancement, including addressing issues of the low and declining examination scores, and the challenges of human resource development with regards to both enrollment and delivery of the curriculum.

Minister Roopnaraine had expressed some disappointment with the 2016 NGSA results.

He added that this is expected to be achieved through curriculum review, the recommendations of the COI, and the other instruments that the Ministry is using to make the kind of assessments that are needed to bring about the reforms required.