(Georgetown, July 29, 2016) – The Ministry of Education is one of the most diverse Ministries in terms of policy and programmes offered to the Guyanese public. In this regard, the Ministry makes it a matter of importance to promote and encourage the appreciation of all cultures and traditions. This is demonstrated through the hosting of activities to celebrate the customs of our ethnic groups.

Such an observance was held today at the Department of Culture, Youth and Sport’s Main Street Office where members of staff and the public joined together for a pre-Emancipation celebration. This annual event saw the staff participating in a libation ceremony, drumming, dancing, poetry and a display of African inspired attire.

Prior to the activity, 90 African religious and culture groups received funding for their respective Emancipation activities.

In her remarks, the Minister within the Ministry of Education, Hon. Nicolette Henry reflected on Guyana’s history by sharing on the slave trade and its abolition.

It is important to highlight that one hundred and eighty two (182) years ago, on the 1 August 1834, plantation slavery, a most horrendous and barbaric system of human exploitation was abolished in the British Caribbean. And four years later, on the 1 August 1838, full and final freedom was announced.

“There are two very important aspects to these all-important milestones in our recorded history. It is therefore important that we remember that freedom was neither readily conceded nor lightly won.  Abolition of the trade in captive Africans came nearly four hundred years after the first transatlantic shipment and after some 13 million of Africa’s most productive souls had been arbitrarily ferried into chattel slavery,” Minister Henry said.

The Minister added that full and final freedom, when it did come, was the result of the prolonged militancy of the enslaved African population against the combined economic power and social influence of the Caribbean plantocracy and its imperial allies.

“Secondly it should not be lost to us that the early liberation movement was the product of the collective efforts and synergies of liked minded people from diverse cultural environments, social orientation, economic interests and ethnic backgrounds,” Minister Henry explained.

While this occasion is an important one to many, in and out of Guyana, there is much to celebrate about this year – our Jubilee Year.

“Earlier in the year, on May 26 on the occasion of the national flag raising ceremony our government committed to addressing the sensitive issues of equality and social cohesion by ensuring that the gains of Emancipation and Independence are not lost to any but shared by all,” the Minister posited.

This thrust will now be driven by the Department of National Events that was installed by the Head of State, His Excellency, David Granger.

“It is fitting that we, as a nation, should seize on this moment to reflect on the pain, the suffering and the sacrifice of our ancestors. But even, as we revisit the horror and share in the pain, trials and tribulations of the past we should commit ourselves to a collective resolve to consolidate the gains of freedom, to strengthen our bonds in the future and together create a society in which all are equal and all can share equally,” Minister Henry declared.

Despite this hindrance, Mr. Alexander highlighted that the slaves were frugal and saved up their earning which allowed them to purchase villages like Victoria. Their thriftiness also saw them working together to achieve one goal. This is evident in the village movement.

Even though Emancipation was declared so many years ago, Mr. Alexander posited that it is a continuous process, much like lifelong education, that will result in everyone having a better life. 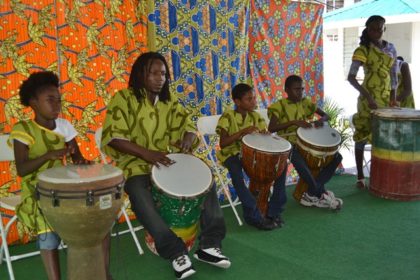 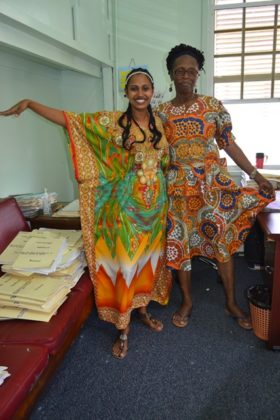 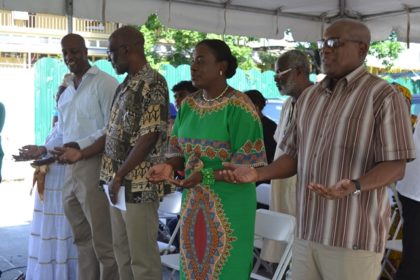 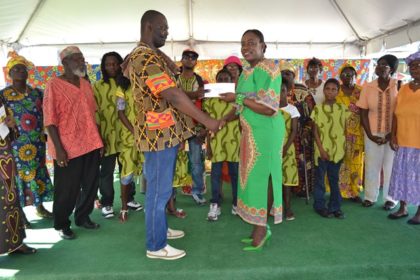