The Central Housing and Planning Authority (CH&PA) with support from the National Drainage and Irrigation Authority (NDIA) and the Region Three Administration will be undertaking a drainage improvement project in Lust-en-Rust and parts of Parfaite Harmonie, West Bank Demerara.

The project will address the two communities’ concerns about standing water in the yards of residents, through the excavation of the Canal Number One Polder, main drainage canal and the internal drains in Lust-en-Rust and sections of Parfaite Harmonie. 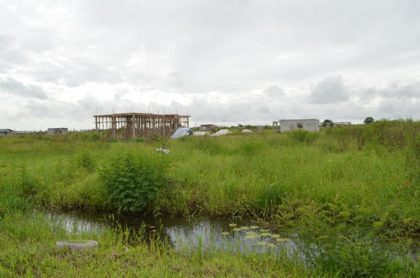 The drains in Lust-en-Rust, Region Three

Minister within the Ministry of Communities, with responsibility for Housing, Valerie Sharpe-Patterson, said the Region Three Administration, will undertake the interventions on the internal drains, beginning tomorrow. She said that the CH&PA, with support from NDIA will tackle the cleaning of the Canal Number One drainage canal. 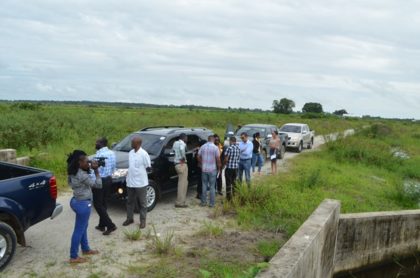 Minister Sharpe-Patterson said that immediately following the initial reports, the Ministry dispatched a team of engineers to the areas, to determine the cause of the problem.

The residents’ perception, the Minister noted, was that the flooding was as a result of water being pumped in the direction of the communities, from a nearby rice field.

The visit last week, and today, however confirmed that the problem was one of the internal drains was clogged and the Canal Number One drainage canal being full of weeds, the Minister said. 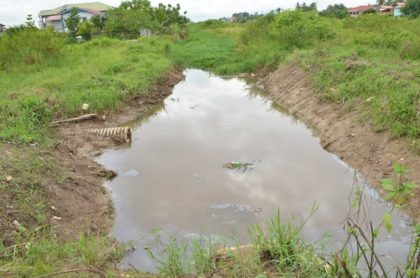 Following today’s visit, Minister Sharpe-Patterson made contact with the Region Three, Regional Executive Officer (REO) Denis Jaikarran and updated him on the situation. Consequently a meeting was held with all the officials including the CH&PA’s CEO, the Deputy Regional Executive Officer (DREO) and the engineers from CH&PA and NDIA, which resulted in consensus on collaborating to provide emergency drainage intervention for the communities, Minister Sharpe-Patterson explained.

“It is urgent and it is necessary and important… none of us individually has the resources that are required to get the job done, so that is why we are taking this collaborative approach,” she said. 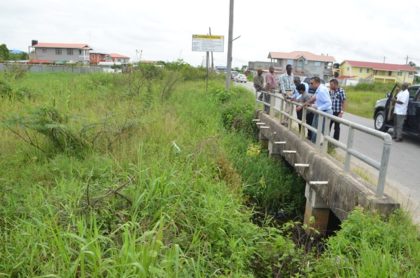 A clogged canal in the Lust-en-Rust/Parfaite Harmonie area