Director of the Department of Energy, Dr. Mark Bynoe has made it clear that there will be no subsidy for persons operating privately owned oil refineries. This disclosure stemmed from a matter raised by GuyEnergy’s Chief Executive Officer, Dr. Turhane Doerga.

Dr. Doerga, during the question and answer segment at the Department of Youth’s,  “Youths and Oil and Gas” discussion at the Umana Yana in Saturday, said that he was awaiting word from the government on buying 17 per cent of Guyana’s oil to refine at a facility to be constructed in Linden. He also enquired about the quantity being available at a subsidised price from government. 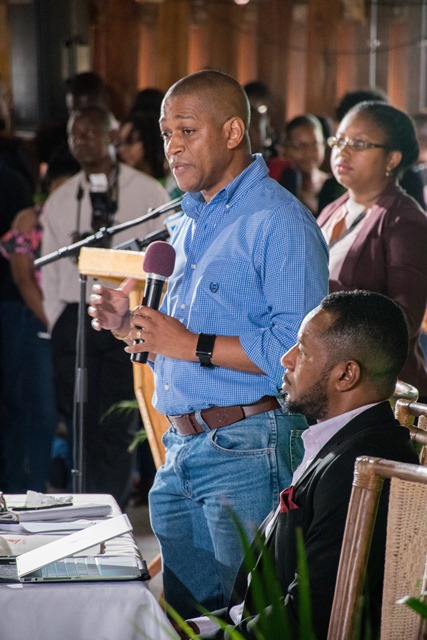 Head of the Department of Energy, Dr. Mark Bynoe. 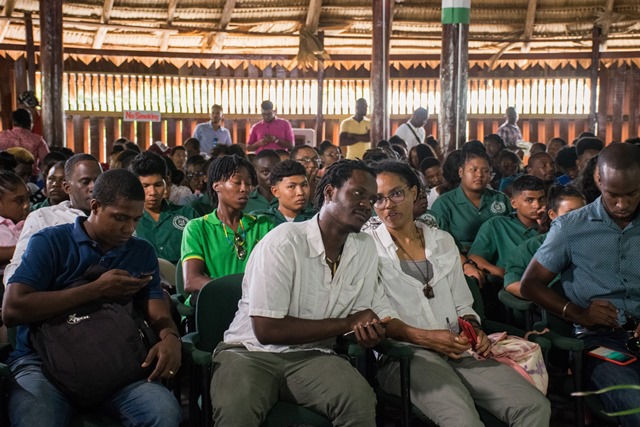 Youths gathered at the Interactive session on Guyana’s oil and gas sector. 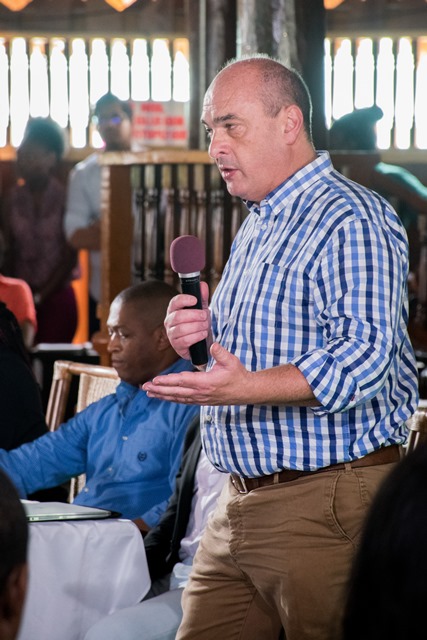 Oil and Gas Adviser at the Department of Energy, Matthew Wilks.

In response to that, Dr. Bynoe said that the role of the Energy Department is to optimize the benefits from oil and gas for Guyana. He noted that “anyone who wishes to open a refinery can do so, but they will not receive subsidized oil from the department. So, any private person wishing to open a refinery, they can do that. There is nothing that precludes them from doing that even today because they will still be purchasing oil at market prices.”

Echoing similar sentiments was Oil and Gas Adviser at the Department of Energy, Matthew Wilks who said that the government does not subsidise private businesses. “That’s not the purpose of the government. The government has to maximise the revenue for the State to go into State expenditure and, equally, I don’t think people in this room would probably feel happy if we end up subsidising private entities.”

He said that the idea of government constructing its own refinery is currently out of the picture but did not completely rule it out. Wilks said there are too many oil refineries worldwide and it is, therefore, cheaper to refine Guyana’s oil at one of the established facilities.

Nevertheless, he pointed out that “if we ended up discovering oil close to shore, wherever there is shallow water which means the only method of developing the oil is by pipeline, then a refinery starts to be pragmatic and potentially cost effective. Now, that’s not the case now, but it may be in the future, so I wouldn’t say it’s an absolute ‘no-no’ but in terms of deep-water oil, bringing oil to shore to refine in Guyana is probably cost ineffective and uneconomic.”

Guyana is expected to begin commercial oil production by March 2020 and is expected to rake in an initial annual revenue of US$300M. It was only last December that ExxonMobil made its 10th discovery offshore Guyana at the Pluma-1 well. The latest discovery has increased the estimated recoverable resource for the Stabroek Block to more than 5 billion oil-equivalent barrels.