Director of the Department of Energy, Dr. Mark Bynoe is dispelling claims that the two percent royalty fee is all Guyana will receive for its oil.

The director appeared on the National Communication Network’s “Context” on Monday and reiterated that under the Public Sharing Agreement, Guyana was receiving more than just the royalties. 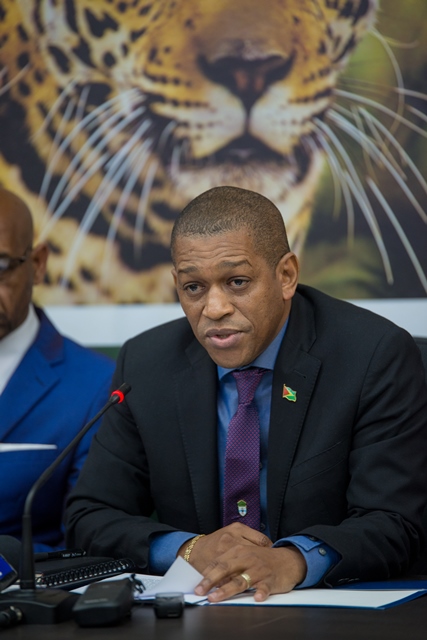 Director of the Department of Energy, Dr. Mark Bynoe.

“The contract provides for two percent royalties on gross production. So, all petroleum products that are produced, Guyana gets 2 percent. Additionally, we have something which is called profit oil.”

He also noted that with Guyana’s first lift being executed last week, the country would start receiving revenues which would be deposited into the Sovereign Wealth Fund.

Touching on the country’s Local Content Policy, Dr. Bynoe stated that it seeks to align closely with the Public Sharing Agreement.

“When we speak about a fit for purpose local content policy, we are speaking about something that is fit for Guyana. Given where Guyana is, given where Guyana wants to be and given the pathway Guyana intends to follow to get to where it wants to be.”

The Local Content Policy was completed and printed in early February and promotes education, inclusion and advancement of Guyanese who demonstrate the expertise and experience required to participate in the petroleum industry. The document also seeks to ensure Guyanese participation in the industry.