– residents pleased with intervention being made

Residents in villages along the East Coast of Demerara are now breathing a sigh of relief following the intervention by the Environmental Protection Agency (EPA), in relation to the odour emanating from the poultry and pig farms in the communities.

These villages include Mon Repos, Lusignan and Mahaica. Prior to the intervention by the EPA, residents had lodged complaints of the effect the stench was having on their health. All the farmers were subsequently ordered to halt their operations since they exceeded the legal dimensions for farms within such communities.

A resident makes a point to one of the EPA inspectors. 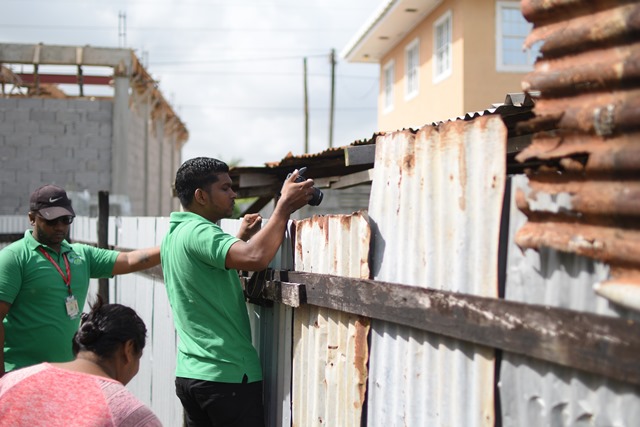 Officers of the EPA taking photographic evidence of the conditions under which pigs are being reared in the community of Lusignan. 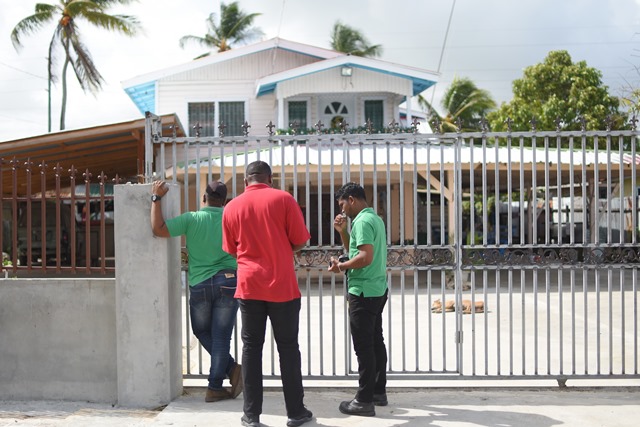 Officers of the EPA calling on a Lusignan farmer before conducting an inspection of his operations.

A follow-up visit by the EPA team this morning revealed that most of the farmers have made abided by the law. Nevertheless, one farmer in Lusignan who rears pigs continues to show flout the order and even threatened those who have complained.

Residents of Lusignan speaking to the Department of Public Information (DPI) said the situation has been ongoing for a number of years with numerous letters written to the EPA asking for the matter to be addressed.

They noted their satisfaction with the steps made by the EPA to address the smell that affected them daily. They also expressed their confidence that the organisation will swiftly address the recalcitrance of the errant farmer.

Senior Environmental Officer Christine Samwaroo said that the EPA is stepping up its role to ensure that polluters are adhering to the environmental laws. Samwaroo noted that the health and safety of villagers are important and the visit was to ensure that those issued with warning letters were in compliance.

“The first person that we visited, we saw that they have taken control of the chickens they were rearing and the two other persons were not there but we will continue to visit to guarantee they are in compliance” she stated.

Samwaroo further added that the EPA, “encourages people who are rearing animals or poultry, to come into the agency. We have guidelines and we can steer them through the process because we want to make sure that they are doing it the right way and that they are not putting the environment and other people lives at risk. We want to ensure that they are in compliance at all times.”