Staff WriterJuly 7, 2016
Essequibo is the heartland of coconut cultivation in Guyana and the owners of coconut groves and farms are gearing up for major participation in the October 2016 Coconut Festival.  The main venue is the Arthur Chung Convention Centre.
The coconut entrepreneurs and product developers in the “Cinderella County” plan to host a “Speedboat-cade” on the Pomeroon River and at the Festival they will set up a specially branded “Essequibo Zone”.  The main players include the owners of Henvil Farms, Original Juice, Golden Brook Edible Oils and Ramotar Investments.   They have put forward several proposals, one of which is to have Coconut Water officially declared the national drink of Guyana. 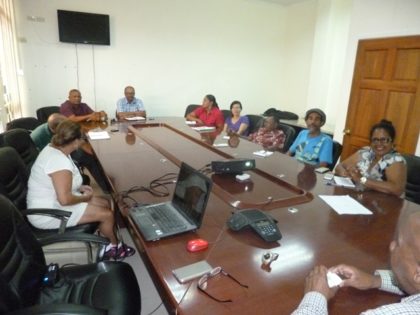 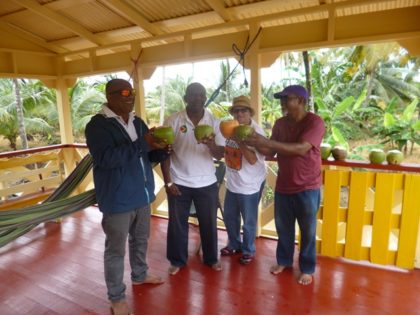 Ramesh Ramotar (aka ‘Fowl Cock’), Donald Sinclair, Gemma Wenner and Raymond Trotz toast to the success of the venture

They inspected coconut farms, coconut water and coconut oil producing facilities, fish and goat farms, and hospitality facilities.The Planning Committee shared with these stakeholders some plans for the upcoming Coconut Festival, and they participated in a lively discussion about the challenges facing the region, as well as the prospects for immediate development.  The stakeholders also discussed the pollution of the Pomeroon River with coconut shells and other matters related to maintaining the cleanliness of Charity and to boost its image as a tourism destination. The stakeholders are also considering the establishment of the Region 2 Tourism Development Association.

The “Speedboat-cade” is slated for Sunday October 16, the first day of Coconut Awareness Week 2016.  One objective is to increase awareness of the importance of the Pomeroon River to the livelihood of the community, and the need to maintain it in a clean and healthy state. 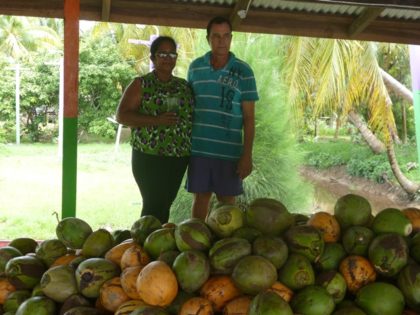