The European Union (EU) has once again called for the abolition of the death penalty in Guyana.

The call was reiterated this morning at a workshop hosted by the EU Delegation along with cooperation from the British High Commission held at the National Library under the theme ‘Towards the abolition of the death penalty in Guyana.’

European Union Ambassador, Jernej Videtic in discussions with a participant at the workshop. 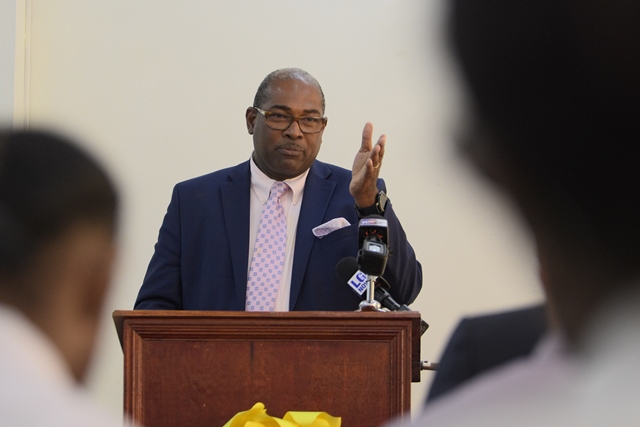 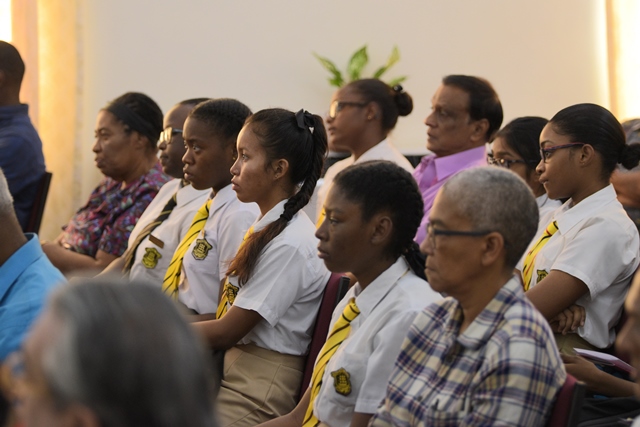 Students of Queen’s College who attended the workshop.

EU Ambassador, Jernej Videtic noted the EU’s strong and unequivocal opposition to capital punishment in all circumstances: “There are several reasons why the EU supports the abolition of the death penalty. Most importantly, the EU considers capital punishment to be a cruel and inhuman punishment which fails to provide deterrence to criminal behaviour and represents an unacceptable denial of human dignity and integrity. Furthermore, no matter how advanced and meticulous a justice system is, it will always be subject to human mistake. There have always been and there will always be executions of innocent people and the death penalty is irreversible.”

All EU member states are fully committed to the abolition of the death penalty and its abolition is a precondition for candidate countries seeking to join the EU. In an Addendum dated July 02, 2015, Guyana assured the United Nations (UN) that a de facto moratorium has been in place since 1997.

However, when the United Nations General Assembly (UNGA) voted for the sixth resolution calling for a universal moratorium on executions in December 2016, Guyana was among 40 out of 195 countries which voted against it, the EU Ambassador related.

Attorney Nigel Hughes said in 2010 the penalty for murder was changed from mandatory death to mandatory death in certain circumstances. He noted his stance towards an abolition of the death penalty and urged that emphasis is placed on improving the investigative capacity of the Guyana Police Force (GPF) and the migration from the reliance on confessions towards reliance on scientific proof.

President David Granger had publicly stated back in June 2016: