After initial visits were made by teams from the National Data Management Authority (NDMA), internet hubs were established in several villages in the North Rupununi District of Region Nine. These were done throughout 2019 and residents and others in these villages have since responded saying that it was a much-needed service. 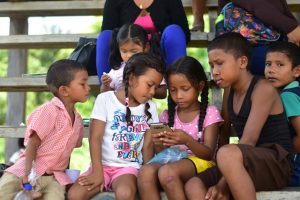 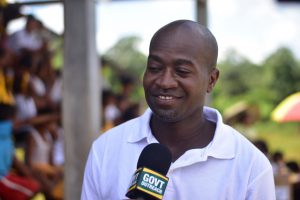 Headmaster of the Kurupukari Primary School at Fairview, Quado Vancooten was delighted with the villagers’ response to free internet service available. He noted that everyone in the community is “connected” and further explained that with half of Fairview’s population of 380 persons, being under the age of 15, the availability of free WiFi service can broaden the horizon of hinterland youth.

“We can already see the benefits of it, the young people are going and getting their information, going on google and everyone is getting on board with technology”

Added to this, the Headmaster said, “In the afternoon it’s a good sight to see young people coming out to their checks, they don’t have to ask for information anymore they are getting it on their own. It has brought the village together so I could tell you it has been of great benefit to people”

Trainee teacher of Surama, Salome Allicock was excited about the educational options that will be accessible to the children and teachers. “The internet here will mostly benefit the children who are in school, those who would have to do SBAs at the secondary level…. for teachers it will help them create better learning aids.”

Meanwhile, law enforcement officers down at the Kurupukari crossing said the ICT hub at the outpost where they are stationed will assist with their day to day communications.

Lance Corporal, Elroy Aldridge, said, “I’m working at the Kurupukari Crossing’s police outpost for three weeks now and since I’ve been here the internet has been very efficient allowing me to communicate with my family and workmates.”

Constable Kelvin Grant, working specifically within the ambit of immigration services noted that “Immigration’s purpose at this crossing here is really for the Venezuelans and other nationalities traversing the border so we are grateful for the net as it helps communication-wise between myself and my supervisor… so that has been easier for me.”

Minister of Public Telecommunications, Catherine Hughes visited most of the villages and heard from most residents who were happy that a major promise has been delivered to them, demonstrating the Coalition’s Government’s commitment bridging the divide between the Hinterland and the coast.