Everyone must be committed to resolve issues affecting women – President Ali

His Excellency Dr. Mohamed Irfaan Ali says it will take the commitment of all to resolve the issues that affect women daily. The President was at the time delivering his feature address to open a two-day exhibition to commemorate International Women’s Day on March 8.  The event is being held at the Arthur Chung Conference Centre

It is themed ‘WE LIFT – Women Entrepreneurs: We lead, we innovate, we flourish together.” The event highlights women in business, the creative arts, food, beauty, wellness, and other industries.

President Ali said the event should not be just about a day, but rather to reflect and understand the significant role of women in society. While the pandemic has severely impacted the health and education systems, it is the women, he said, who are at the front of the battle. He said both sectors are heavily supported and managed by women.

Globally, women are starting life from a better platform than those who came before them but, the President pointed out, there is need to take the agenda forward. This he noted, has to be done from a Government and societal perspective.  As such, the Government is exploring a national approach to mainstream issues and challenges affecting women into the country’s policy framework. The private sector also has a role to play in addressing challenges women face accessing loans to start-up businesses, he said.

The Head of State said he was pleased when he discovered that a significant number of the young professional homes would be occupied by women. He said it is very important for the empowerment and building of women’s confidence.

The President also spoke of the importance of the development of families, noting that the values of an empowered family is important to the advancement of women.

“Very soon from the level of the Presidency, I am going to be addressing the issue of the family in building this One Guyana we want to achieve… We can achieve significant change not only for women but for our society, if we go back to the core values of who we are as humans. We have to have this conversation in this country and I am depending on our women in our society to lead this conversation.

We are working now on a project especially in the rural communities, where we can have training in the call centres and women who are homemakers, they can be part of that training so they can also be exposed to an economic activity that would add to household income. That is a massive programme we are going to launch all across the country,” the President added.

The Government would address issues affecting women in a holistic manner, within a national framework that covers topics such as greater participation, empowerment, enhanced livelihood options, a more secure environment and stronger families.

Meanwhile, Minister of Human Services and Social Security, Hon. Dr. Vindhya Persaud said the Government is committed to creating an enabling environment for women across the country.

“We will also look towards creating an inclusive society where women and girls who are differently abled can have the same training opportunities…  As such, the Ministry will embark on an aggressive movement to ensure that we harness the skills, the talents, the creative ability, the very essence of the women of our country so that we can create a world where women not only feel safe and secure but they are allowed to achieve their fullest potential,” the Minister said.

The Ministry also launched a Gender Based Violence Services Guide App. It will allow anyone affected by violence to access needed information. The app directs the public to the service they need and where they can access it. Importantly, once downloaded, internet connection is not needed to utilise the app.

International Women’s Day will be observed on Monday under the theme “Women in leadership: Achieving an equal future in a COVID-19 world.” 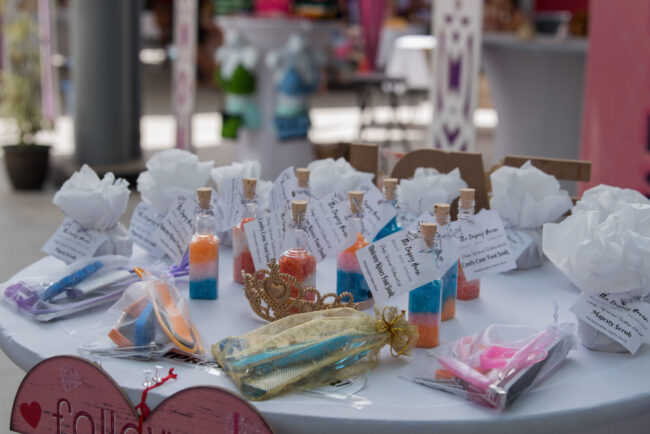