Minister of Public Security, Khemraj Ramjattan, who also holds the post as Leader of the Alliance for Change (AFC), today gave his party’s support to the current dialogue taking place between President David Granger and Opposition Leader, Bharrat Jagdeo.

The Head of State met with the opposition leader on Thursday “to seek agreement on the means to be adapted for the nomination and appointment for the chairman of the elections commission”.

Minister Ramjattan told members of the media that in keeping with the Caribbean Court of Justice (CCJ) ruling, and interpretation of the Article 161 (2), the July 4 meeting has the support of the AFC. 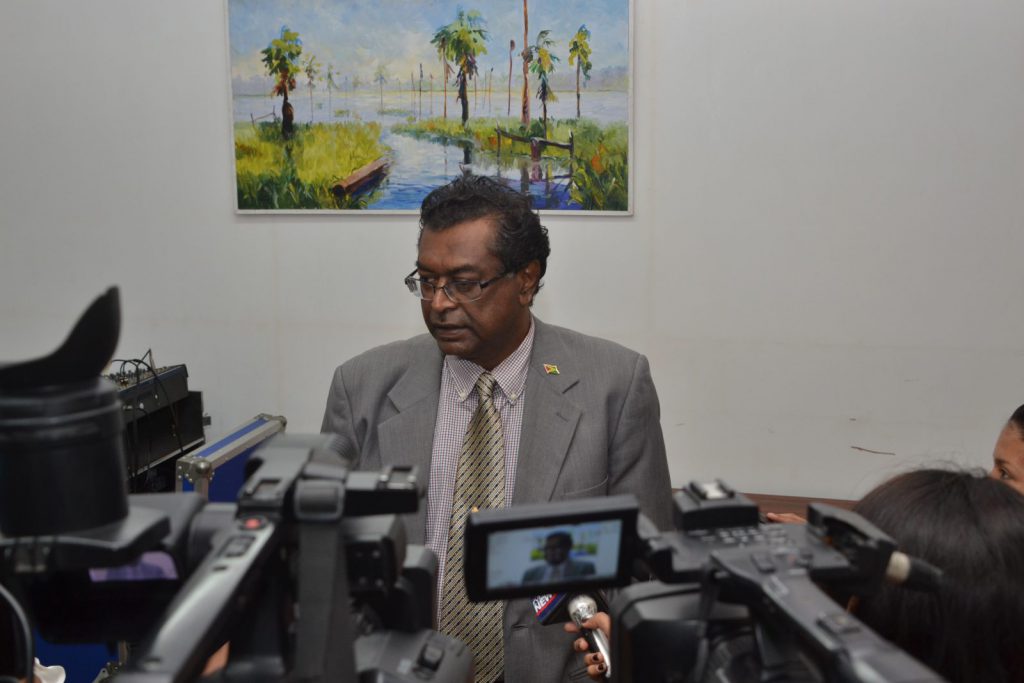 Minister of Public Security, Khemraj Ramjattan speaking with members of the media.

Indeed, it was a moment to be proud of, he added.

“The Alliance For Change [AFC] would like to say that we are proud of that moment, that it has happened, that an approach was worked out in which the leader of the opposition indicated that his best approach is to give back the eighteen names… Of course, he is going to limit the names of persons who would want to consent to go forward.”

The Public Security Minister and AFC leader went on to say that both the President and Opposition leader will “hammer out” the six names that are going to be acceptable to the president.

“I find that is in accordance and, in adherence, to the ruling of the CCJ and that is big progress being made,” Minister Ramjattan stated.

He also applauded the short time that both sides indicated they hoped to have the matter resolved for the Guyana Elections Commissions (GECOM) to host the next General and Regional Elections.