The Government of Guyana has entered into a two-year concessional agreement with the Guyana Women Miners Organisation (GWMO), and the Guyana Gold and Diamond Miners Association (GGDMA), the Ministry of Finance has stated. 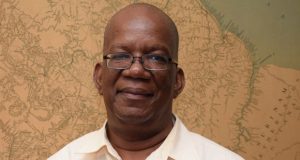 According to Finance Minister Winston Jordan, the agreement is the third that has been signed by the Government. However, it is more comprehensive and accomplished through evidence-based negotiations.

He said the signing comes on the heels of other budgetary measures that were put in place to mark government’s unwavering support for the mining sector and its appreciation for the invaluable contribution that miners make to the country’s economy.

He appealed to miners to always be cognisant of the government’s support and urged that they, in turn, ensure that declarations are made in the same spirit.

Since 2015, the mining sector has seen major relief through tax concessions on machinery, equipment, fuel and vehicles for small and medium scale miners; a reduction in the Tributor’s Tax from 20% to 10% and a sliding scale percentage based on the price of gold, which replaced the 2% of gross proceeds.

Also, more than $1 billion was allocated in the 2018 Budget for the upgrade of key roadways in the Hinterland, so as to provide easier travel access for miners and loggers within hinterland communities.

The Ministry of Finance said in further efforts to provide support for the sector, it has facilitated several consultations and collaborations between the government and stakeholders.