Financial statements for GGB, GEA and MARAD to be laid in Parliament

The Audited Financial statements for the Guyana Gold Board (GGB), Guyana Energy Agency (GEA), and Maritime Administration Department (MARAD) have been submitted to Cabinet.

This is according to Minister of State Joseph Harmon, who briefed media operatives at a post Cabinet press briefing this morning. Minister Harmon said Cabinet has “approved the statements to be laid in the National Assembly”, which is required by law. 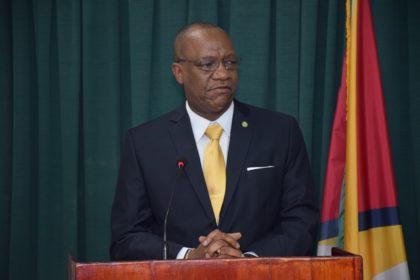 Minister of Natural Resources, Raphael Trotman presented the annual report and audited financial statements for year 2016 of the Guyana Gold Board.

The Guyana Gold Board was established on May 15, 1982 to manage the business of trading gold in Guyana. The Board purchases and sells gold within Guyana and abroad, and is an agency under the Ministry of Natural Resources.