Guyana is now the third Caribbean country to benefit from a regional initiative to enhance digital literacy among marginalised youth populations.

The Caribbean School of Data (CSOD) is an initiative of Google and the Caribbean Open Institute (COI) which is to be launched in seven Caribbean countries.

CSOD aims to train at least 1,500 youths in each of the selected countries within two years. 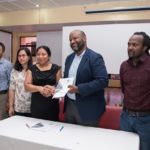 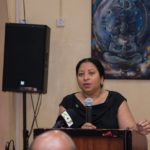 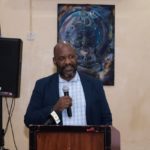 The launch of the school in Guyana took place at the University of Guyana’s (UG) Turkeyen Campus on Thursday. The other collaborators in the project are the University of the West Indies’s  Mona School of Business Management and Slash Roots Foundation.

Dr. Maurice McNaughton, the Director of the Centre of Excellence and Innovation at Mona campus, stated that the training programme was imperative as today’s world was largely reliant on technology.

Dr. McNaughton continued, “our interactions whether in commerce, whether an economic activity or social activity, is taking place through digital interaction.”

He added that the importance of data could not be overlooked even in Guyana’s new oil economy.

“One of the things that fuel the digital economy is data. Data is considered as the oil that fuels this digital economy, in as much as oil is a dominant resource in the physical economy. Digital literacy is imperative.”

According to the Director, the programme’s curriculum is unique as it allows students to access course materials on mobile devices. It also includes facilitator-led sessions and others that present students with real-life situations to practice their skills.

He noted that the programme was also designed to provide internships and employment opportunities for the trainees.

UG’s Deputy Vice-Chancellor and Chair of the Transitional Management Committee Professor Paloma Mohammed said that the university, and more specifically her department, Philanthropy, Alumni and Civic Engagement (PACE), would be especially interested in the programme.

She related that they were working on the ‘University of Guyana’s Blueprint to 2040’, which is a guide to what the university should look like and accomplish within the next 20 years.

“One of the fundamental lynchpins of that blueprint is our IT infrastructure and this aspirational goal that we would like at least to see one graduate, […] per household in the country.”

“When you think about how that could work, the idea of how you get to people to train them, how you reach them, how you sustain them and how you make them employable is what that aspiration is about. So, seeing this worked out in this way is something that we’re very interested in,” Dr. Mohammed said.

She added that her office would donate $1Million toward the development of the CSOD project.

The training programme will cover several key areas such as Foundations of Being Digital, Productivity Tools for Digital Workers, Social Media and Web Applications, Data Fundamentals, and Critical Thinking and Problem Solving.